Pattinson bagged the man of the match for his brilliant five for 33 in four overs. 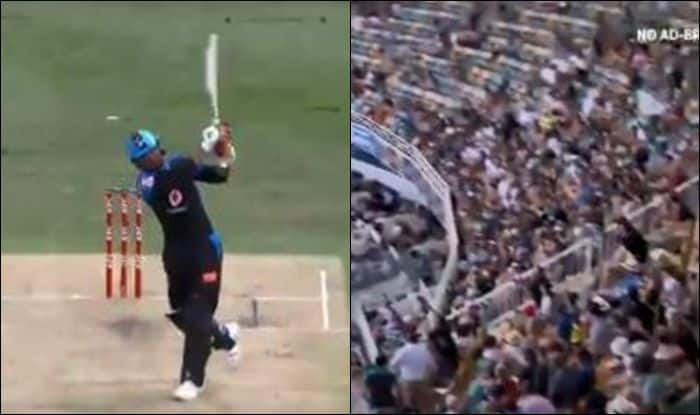 Adelaide Strikers’ Rashid Khan has over the years build a reputation as a handy batsman and on Tuesday he gave the world a glimpse of that. Coming in late in the order, with seven overs to go, Khan took on Ben Cutting and smashed him for a six.

It was in the 16th over of the match that Khan came down the track and it was over-pitched from Cutting. Khan took full advantage as he smashed it with disdain and it came right out of the middle of the bat and travelled the distance. It landed in the second tier and was a 104-metre hit.

Here is the mammoth hit:

Khan’s cameo came to an end soon when he was dismissed for 28 off 27 balls. The Strikers scored a paltry 110 as James Pattinson scalped five wickets.

Matt Renshaw was the top run-getter for Heat as he remained unbeaten on 52*. Making a comeback to cricket, eyes were on AB de Villiers and he did not disappoint, he scored 40 off 32 balls as the Heat won the match by seven wickets and 28 balls to spare.

As expected, Pattinson bagged the man of the match for his brilliant five for 33 in four overs. 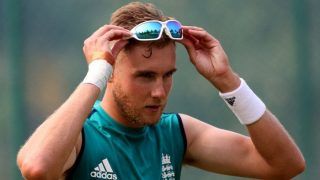