The U-19 Cricket World Cup is slated to be held from January 13 and will run until February 3 in New Zealand.

Dubai: Afghanistan‘s Rashid Khan has revealed that the ICC U-19 World Cup had proved to be a crucial tournament for him as it had helped in improving his performance immensely when he played it in 2016. The prestigious tournament provides the experience of playing in a top-level international competition to participants and its importance is felt most by cricketers from the associate sides. Afghanistan and Ireland are now full members, but their players too have found this tournament very useful over the years.

Players from these two countries as well as those from Canada, Kenya, Namibia and PNG shared their thoughts about the tournament and how it helped in shaping their careers. These players went on to play senior cricket and some even had the taste of ICC Cricket World Cups. Rashid Khan is presently ranked second among bowlers in the ICC T20I Player Rankings and eighth in the ICC ODI Player Rankings.

Meanwhile, Kenya’s Collins Obuya was a prominent player of the side that made the semifinals of the 2003 ICC Cricket World Cup while George Dockrell featured in the 2011 edition of the senior tournament. Expressing his views on the tournament, Rashid said, “The U19 World Cup was very important for me because that is the only stage where you can improve yourself. The pressure is like a World Cup, I learnt a lot from that. My best memories were when we beat Zimbabwe and New Zealand. It’s a great opportunity for those nations who don’t play Tests, to show their cricket, to play teams like India, Pakistan, Australia, New Zealand, which are the good sides in U19 World Cup.”

Canada skipper Nitish Kumar, who played the tournament in 2010, said that the prestigious ICC event helps you in testing your skills and let you know where you stand as a player.”Although I believe the talent level at that age is not much different compared to other full member countries, apart from a few players who will probably be playing for their national team in a year or so after the (U19) World Cup, I believe it’s important to test your skills against guys just as good or better to see where you are as a cricketer, and how much more you need to improve,” he said.

Echoing similar views, Ireland’s George Dockrell said, “It’s the first real test of playing against the best in the world at your level, it’s important to get into that competition mentality. You have your own games into the group and trying to find a peak within the group and carrying that momentum into the knockout cricket afterwards. It definitely helped me when I broke into the national team and played in the 2011 World Cup, it felt like I had been through that whole World Cup process.”

Kenya’s Collins Obuya, who featured in ICC U-19 Cricket World Cup in 2000, revealed that most of the players who appeared and performed well in this tournament took those lessons to the national side.”It made me believe in myself and have the desire to play on the big stage. The exposure was fundamental because it prepared me on what to expect in future, if I went on and played in bigger stages. It’s a great exposure for players, especially from associate nations because that’s the first point to gauge their game against Test teams. Most of our players who played in the under-19 World Cup and performed well took those lessons to the national team. The experience at that level goes a long way in building a player,” he said.

“When you get to the under-15 and under-16 stage, then there really is a gap sometimes between men’s cricket and the club and representative cricket you play below. The Under-19 World Cup – having played two of those – showed me where I am and whether I can play,” Nambia cricketer Gerhard Erasmus, who played in 2012 and led the team in 2014, said.

The U-19 Cricket World Cup is slated to be held from January 13 and will run until February 3 in New Zealand. 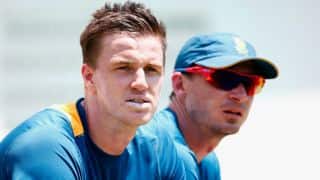 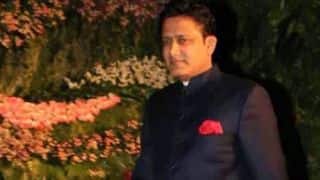