Rashid decided to step down from captaincy after the spinner claimed that his "consent" was not obtained before announcing the squad for T20 World Cup slated to be played in UAE and Oman.

Afghanistan’s premier leg-spinner Rashid Khan has stepped down as captain, accusing “the selection panel and Afghanistan Cricket Board (ACB) for not obtaining his consent” while choosing the 19-member squad for the upcoming T20 World Cup 2021, scheduled to be played in UAE and Oman. Afghanistan Cricket Board has announced the team for the T20 global meet on late Thursday evening. The selectors named Rashid as the captain while veteran wicket-keeper Mohammad Shahzad was also included in the squad.

However, minutes after the announcement, the 22-year-old said the selection committee and ACB didn’t obtain his consent for the team. He decided to resign from his leadership duties and contribute as a player in the quadrennial event, set to be played from October 17 to November 14. “As the captain and responsible person for the nation I reserve the right to be part of the selection of the team,” Rashid wrote on his Twitter handle.

“I am taking the decision of stepping down from the role as the captain of Afghanistan T20 side effective immediately. It’s Always my proud playing for Afghanistan,” he added.

Senior all-rounder Mohammad Nabi is set to take the captaincy of Afghanistan for the upcoming T20 World Cup. Afghanistan’s selectors had named Afasr Zazai and Farid Ahmad Malik as the two standby players in the 19-man squad.

Nabi, who had earlier captained Afghanistan, will be now lead the side, reported ESPNcricinfo.

In the squad, wicket-keeper batsman Mohammad Shahzad was also named in the squad. Afasr Zazai and Farid Ahmad Malik were included as the two reserve players. 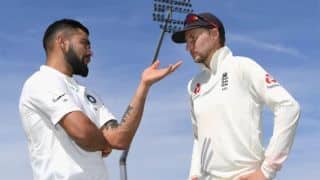 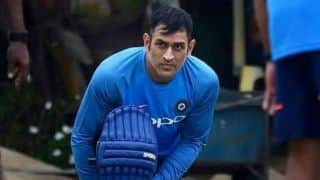