Karachi: Former Pakistan captain Rashid Latif today asked cricket authorities in South Asian region to seriously think about staging day-night Test matches at night for the survival of the five-day format. Latif, 46, backed the decision taken by Australia and New Zealand to play a day-night Test at Adelaide in November and said if India and Pakistan play their scheduled series in the UAE in December, they could also play under lights. “It is an issue on which cricket authorities in Pakistan, India, Sri Lanka and Bangladesh should have taken the lead, especially Pakistan. But even now it is not too late and they should follow it up earnestly,” he told PTI. Read: First day-night Test to be held in Adelaide between Aus and NZ

Latif, who played 37 Tests and 166 ODIs, said Test matches were dying in the cricket world and it was good that Australia and New Zealand had realised this. “They are only a handful of countries now where still a sizeable number of people come to watch Test matches like in India or England. But otherwise it is getting tougher to attract crowds for the five-day game with the increasing popularity of T20 cricket and changes to ODI rules,” he noted. Read: MCC supports day-night Test match call by Australia and New Zealand

Latif said although Pakistan was presently not holding Tests at home due to security issues, it could stage day-night Test at its preferred neutral venues in the United Arab Emirates. “I think it would be a great idea commercially to have a day and night Test in the UAE or in other countries of the South Asian region. I think people would come in to watch tests after work hours. You can start the Test around 3.00 pm and it would mean you would have good crowds in the final session of a day,” he said. Read: Mitchell Starc concerned over usage of pink ball for Day-Night Test

The former wicketkeeper-batsman felt Test matches under lights would also get increased television ratings and viewership because of their prime time slots in most countries. “When Pakistan play England for certain and maybe even India later this year in the UAE they should float the idea of a day and night Test to these Boards,” he suggested. Read: Day-Night Tests: A boon or a bane?

Latif said he was surprised that while it was Pakistan which had first taken the initiative in staging day and night first class matches with a pink ball, it did not follow it up on this concept for its home Test matches. “We experimented with day and night first class games and it was not a bad idea at all. I think it is not difficult to play with the pink ball it is clearly visible under lights,” he added. 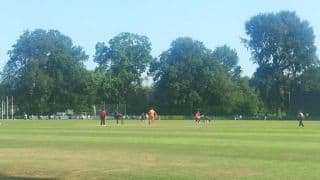 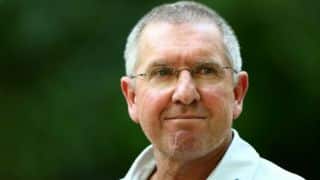