Pakistan's former Test captain Rashid Latif on Saturday made a disclosure about the alleged Indian bookmaker Anu Bhatt named in the Danish Kaneria spot-fixing case by the England and Wales Cricket Board (ECB). 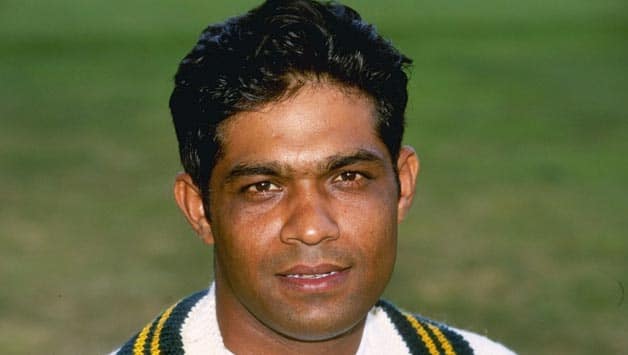 Rashid Latif (above) strongly believes that the ECB has victimized Danish Kaneria, who has received no support from the PCB at all © Getty Images

Pakistan‘s former Test captain Rashid Latif on Saturday made a disclosure about the alleged Indian bookmaker Anu Bhatt named in the Danish Kaneria spot-fixing case by the England and Wales Cricket Board (ECB).

According to Latif, the International Cricket Council (ICC) Anti-Corruption and Security Unit has yet to prove that Bhatt is indeed a professional bookmaker.

“They are glaring ambiguities in the case/evidence prepared against Danish by the ECB. One of them is that the ECB has described Anu Bhatt as the Indian bookie, associated with Kaneria, but I have not found his name in the list of established India bookmakers,” Latif said.

He then disclosed that Bhatt had in fact been a regular guest of the Pakistan Cricket Board (PCB).

“He was a guest of the PCB when India and England toured Pakistan in 2005 and 2006 respectively, and he [Anu] stayed in Pakistan as PCB’s guest on both the occasions,” Latif claimed. “Even afterwards Anu Bhatt toured with the Pakistan team to Sri Lanka, South Africa and the West Indies.”

The ECB disciplinary committee banned Pakistan’s Test leg-spinner Kaneria for life last year after an inquiry into a spot-fixing scandal in county cricket when Kaneria played for Essex in 2009 against Durham.

The ECB’s appeal panel this June also dismissed Kaneria’s appeal against his life ban but the bowler has now filed another appeal in the commercial court of the United Kingdom against his ban and costs imposed on him.

Latif, the first cricketer to go public on the match-fixing menace in 1994 while playing for Pakistan, has now taken up Kaneria’s case and strongly believes that the ECB has victimized the leg-spinner who has received no support from the PCB at all.

The ECB panel banned Kaneria for life because of the fact that Anu Bhatt was in contact with him on phone and through text messaging in 2009 and 2010 and charged him with trying to lure other players namely teammate, Mervyn Westfield into spot-fixing actions.