Former Pakistan captain Rashid Latif has defended banned spinner Danish Kaneria, questioning the evidence of spot-fixing against him by claiming that the alleged Indian bookmaker suspected to be close to the bowler has been Pakistan Cricket Board's official guest on several occasions. 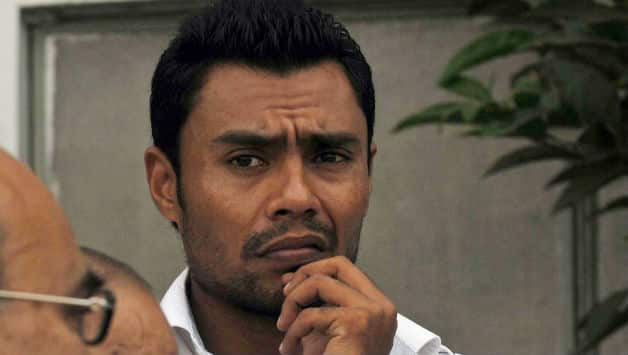 Former Pakistan captain Rashid Latif has defended banned spinner Danish Kaneria, questioning the evidence of spot-fixing against him by claiming that the alleged Indian bookmaker suspected to be close to the bowler has been Pakistan Cricket Board‘s official guest on several occasions.

According to Latif, the International Cricket Council‘s anti-corruption and security unit has yet to prove that Indian Anu Bhatt is indeed a professional bookmaker.

He then disclosed that Bhatt, in fact, had been a regular guest of Pakistan Cricket Board.

Recalling the Essex versus Durham pro40 encounter, Latif suspected that the match, which led to the inquiry, was seemingly dubious and could be a case of match-fixing rather then spot-fixing.

“Mervyn Westfield did what he had to for Essex but the way the opposing team (Durham) played was dubious. Why Durham skipper [Will Smith] did not let his two opening and most economical bowlers to deliver more than five overs each?” questioned Latif.

“Opening bowler [Will] Gidman cost 24 and [Mitchell] Claydon gave away 27 runs in five overs, but the captain opted for [Scott] Borthwick as seventh bowler who went for 63 runs in 4.5 overs. I fail to understand the philosophy behind this strategy,” he added.

“The seventh bowler was Borthwick, who is a 19-year-old Irish all-rounder. Couldn’t he be vulnerable enough to get trapped?” asked Latif.

Latif, who claims to have studied Kaneria’s case thoroughly, stated that during the appeal hearing in London, the main ECB witness, Westfield, was reluctant but was forced through the High Court in an ‘illegitimate’ manner.

“Chris Walsh, the lawyer of the ECB, received an email from Wilf Lusty, the manager of the High Court whose responsibility was to summon Westfield.

“In the mentioned email Lusty sent the amended order approved by the High Court Justice, Andrew Smith, asking Lusty to draw up a fresh order and email it back to him so that he could seal and return it to Walsh (the ECB lawyer),” claimed Latif

“Can a High Court issue such order in consultation with one of the parties? Did the High Court judge, who later summoned Westfield, know about these exchanges between his manager or clerk and the ECB lawyer?” Latif questioned.

Virender Sehwag turned down offer to play for Essex: Report