He has insisted on clearly stating his job role to the board chief before taking up the position.

Pakistan‘s former captain and wicketkeeper, Rashid Latif is yet to take charge of his duties as chief selector in the Pakistan Cricket Board although it was officially announced by the board that he would take charge from April 1.

A source close to Latif said he was yet to sign a contract with the board which had sent him relevant documents for his signature.

“Apparently Rashid wants to first meet with the chairman of the board, Najam Sethi and be very clear about his job description including his authority before signing the contract,” the source said.

The former player had started having second thoughts when the board dragged its feet on giving approval to the rest of the national selection committee for whom Latif had made some recommendations.

“Rashid had recommended the names of former Test batsman, Mohammad Yousuf, former opener Wajahatullah Wasti and Test pacer Shabbir Ahmed but the board apparently had its own recommendations,” the source said.

“Rashid is also unhappy that the former Test batsman, Haroon Rasheed is being consulted by the board in the formation of the selection committee even though he is a co-opted member of the committee for the board.”

“He doesn’t have any issues with Haroon (who is also Director game development in the board) as they have worked in the past in the Pakistan team but his issue is he (Rashid) should be given the authority to pick the other members of the selection committee as he has to work with them and not the board.”

Another source said that Latif also had reservations over the way the board reacted after the national team’s defeat to West Indies and subsequent ouster from the ICC World T20 2014 in Bangladesh.

“The situation is that Rashid now first wants to have a clear discussion with Sethi to first confirm what authority he is going to get as chief selector before he decides to join the board as he only wants the selection committee to be answerable to the chairman and not anyone else,” the source added.

“He is not pushed since although the chief selector’s position is a paid one Rashid was joining the board on deputation from Port Qasim Authority where he holds a senior position and manages their sports division,” the source said. 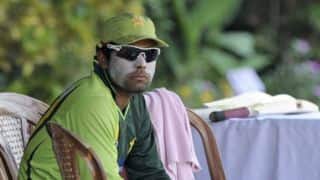 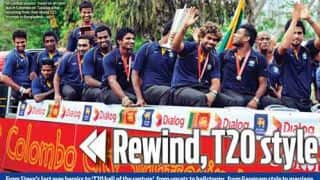