Former Pakistan captain Rashid Latif on Thursday lashed out at cricket's oldest club, Marylebone Cricket Club (MCC), for contemplating a tour of war-torn Afghanistan at the expense of Pakistan. 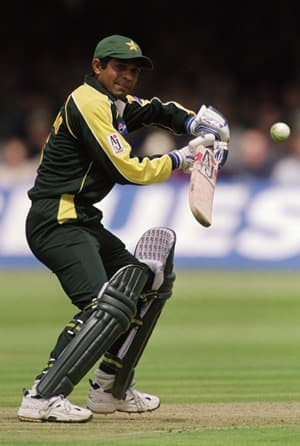 Former Pakistan captain Rashid Latif on Thursday lashed out at cricket’s oldest club, Marylebone Cricket Club (MCC), for contemplating a tour of war-torn Afghanistan at the expense of Pakistan.

“I am shocked at MCC’s double standard,” Latif told AFP. “Even Afghanistan’s team don’t practise in their country because of the war and yet MCC is planning to tour Kabul and ruling out Pakistan.”

“I think we could do something in Afghanistan and I don’t think it will be long away,” Hodson said.

MCC owns Lord’s in London — considered the “home of cricket” — and is responsible for governing the rules of cricket.

They have done development work in Afghanistan, where cricket’s popularity has grown enormously in recent years.

“I am surprised,” said Latif.

“Pakistan needs more support and if a team from the MCC tours Pakistan it will send a good message to the cricketing world.”

Latif said he was encouraging England’s Lashings Cricket Club team to visit and is awaiting a response from the Pakistan Cricket Board (PCB).

“I gave a plan to the PCB two months ago and if they agree in the next week I can bring the Lashing Club in 15 days’ time,” said Latif. “It is my duty to help Pakistan cricket.”

Since the attacks on the Sri Lankans, which killed eight people and wounded seven visiting players and their assistant coach, Pakistan has been forced to play its home series on neutral venues, mostly in the United Arab Emirates.

“I am confident that Lashings or a World XI can tour Pakistan. Shahid Afridi (Pakistan’s former captain and current player) has also talked to a lot of international players who are willing to come to Pakistan,” said Latif.

“I would be delighted to take a team to Pakistan. Latif is a man who I have the utmost respect for and if he says it’s safe for us to travel there we’d be delighted,” Folb told cricinfo in England. (AFP)

Unmukt Chand to lead India U-19 team for Australia tour