Rassie van der Dussen (75 not out) and David Miller (64 not out) produced an unbeaten 131-run partnership to take South Africa to a seven-wicket win against India.

New Delhi: Rassie van der Dussen (75 not out) and David Miller (64 not out) produced an unbeaten 131-run partnership to take South Africa to a seven-wicket win over India in the series opener at the Arun Jaitley Stadium on Thursday.` After the victory, van der Dussen stated that he had to make India pay after Shreyas Iyer dropped his catch.

He was batting on 15 off 16 at that stage. David Miller had just joined him and was on four off five. South Africa needed another 126 runs – no team had scored that many in the last ten overs of a T20I to win the game. But van der Dussen and Miller didn’t panic.

“The key for me was that when that catch was dropped, I knew I had to make India pay. I took a good few balls to get in and it was a wicket that got a lot easier once you were in. It was tough to get yourself set. I knew I was in and I had to make them pay,” van der Dussen said after the match.

The South African batsman was struggling to get going as he managed just 29 runs in his first 30 deliveries, putting pressure on his batting partner David Miller in a mammoth chase of 212. However, he changed the gear after getting dropped by Iyer.

He said, “I did put myself and the team under pressure by not being able to hit early boundaries. Sometimes [your approach] just doesn’t come off and other days it does. Some days you’re lucky, others you’re not. And tonight I was lucky. If Shreyas had caught that ball, it might’ve been a different game. That said, we had a lot of batting still to come.”

Van der Dussen also praised Miller for his sublime hitting in the match. He said, “David just brought his form from the IPL straight into this game. He put the bowlers under pressure from the start. He played a brilliant inning and also just helped pull me through that difficult phase of my innings. Once he hit those consecutive sixes, the momentum shifted our way.”

South Africa will face India in the 2nd T20I of the five-match series in Cuttack on Sunday. 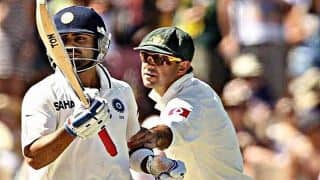 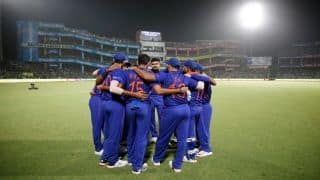