The cricket board's General Manager [game development] Ratnakar Shetty said he will be attending Friday's Annual General Meeting and will question the association on various issues. 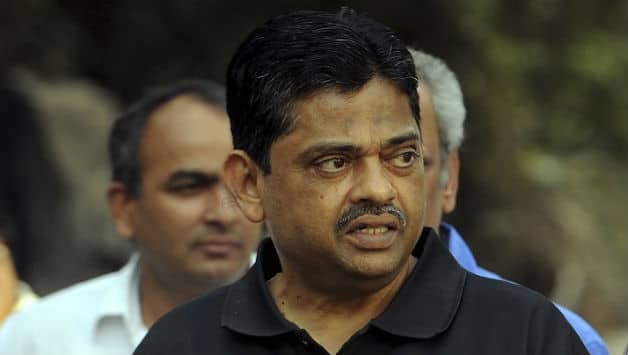 The cricket board’s General Manager [game development] Ratnakar Shetty said he will be attending Friday’s Annual General Meeting and will question the association on various issues.

The annual general meeting will preceed the biennial Mumbai Cricket Association (MCA) election, to be held on Friday.

MCA’s long-time administrator Shetty, however, has been debarred from contesting the polls as he’s a paid employee of MCA’s parent body Board of Control for Cricket in India (BCCI).

“As far as I am concerned, I am not eligible to contest and vote but I am eligible to attend the AGM tomorrow. We have put up a panel to contest in this election. The AGM is important because there are several important issues that will be highlighted,” Shetty told reporters.

Shetty was banned for five years by the MCA for alleging that some office bearers could had sold tickets for an India-Pakistan T20 international at Ahmedabad last year in the black market, in the last AGM. He however, got a stay on the ban recently.

He said the AGM is a platform to voice concerns and the members should be allowed to do that.

He said that the association had incurred huge expenses on account of the court cases it had against its own members.

“The issue of expenses that the association has incurred on court cases against its own members in the last four months due to ego and personal vendetta. There was a time when the indoor academy did not function for almost one year, because enough funds was not available. Today, we are spending Rs 50-60 lakh on court cases,” he said.

Shetty said his group will raise the issue of the revision of format to play matches on weekdays, which is affecting the office clubs.

“The tournament format that have been introduced, the problems which are faced by the office clubs. Slowly the office clubs are facing the difficulties. Provident Fund Bhavishya Nidhi has withdrawn from Times Shield C division, because their office refused to give seven weeks of leave for league matches.

There will be more teams which would slowly withdraw, because banks and other institutions are finding it difficult to release people on weekdays to play the matches.

“Therefore they are finding it difficult to meet the expenses. MCA had a simple solution to all of this. We have given you four members of Kandivali and you should should have collected the donations for running this tournament. I don’t think this is correct. What is proper for clubs to run is that they have to be protected and their interest has to be protected at all times,” Shetty said.

He added that the members have passed various resolutions which should be discussed in the AGM.

“There are resoltuions which members have moved. The managing committee is of the opinion that these resolutions cannot be put up for discussion tomorrow. We are going to oppose that. The resolutions which have been moved are actually in interest of maidan clubs and office clubs, who are already struggling. What they are asking is a small percentage of the income that is generated in the MCA to be shared among the clubs, in terms of financial assistance to the clubs,” he said.

“It is the property of the AGM that the resolutions that are moved by the members can be decided only by the AGM. The managing commitee cannot take its own descision and say it cannot be discussed in the AGM tomorrow,” he added.

Shetty also said there is a resolution that all international, Indian Premier League (IPL) and Champions League T20 matches awarded to the MCA should be played at the Wankhede Stadium.

“There is also a resolution that has been moved that all interntional, IPL matches that are alloted to Mumbai Cricket Association should be played only at Wankhede Stadium. The managing commitee on its own should not decide where these matches would be played, because this is the home of Mumbai cricket and that status has to be maintained. Unilaterally no decisions to shift matches from Wankhede Stadium should be taken by the committee alone,” he said.

“These are resolutions that are coming up for discussion tomorrow and we are going to insist on discussion in the AGM, because resolution is part of the proceedings of the AGM. Whatever the decision the general body takes would be final and abiding on all members but a discussion must be allowed,” Shetty added.

He added that they will also raise the issue of a software firm linked to a family member of the outgoing MCA Pesident Ravi Savant being awarded a contract.

“There was a newspaper report of a software company being engaged, with which one of the president’s kin was involved. This is an issue which we are going to address,” said Shetty.

India, Australia players arrive in Chandigarh ahead of 3rd ODI 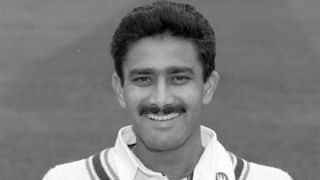