Ravi Bopara is confident his medium-pace bowling will be a potent weapon in next year's Twenty20 World Cup in Sri Lanka. 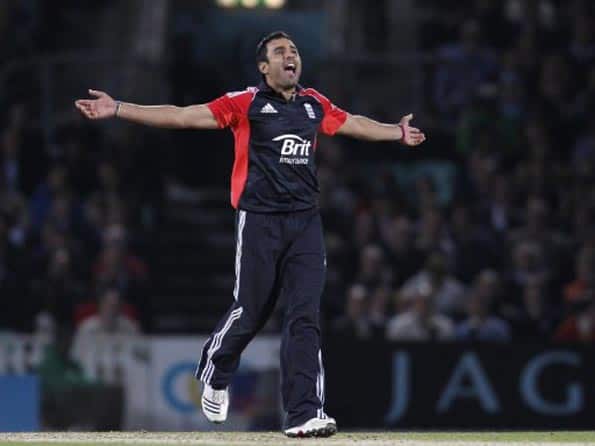 Ravi Bopara is confident his medium-pace bowling will be a potent weapon in next year’s Twenty20 World Cup in Sri Lanka.

The Essex all-rounder took an England best-ever 4-10 in the first Twenty20 international against the West Indies at the Oval on Friday and thinks there is more to come.

Bopara’s bowling helped England to a crushing 10-wicket win, leaving the West Indies attempting to rebuild their confidence ahead of the second and final game back at the Oval on Sunday.

Bopara’s bowling has helped him cement his place in England’s one-day side and his batting flourished in the recent one-day series against India when he scored a career-best 96 at Lord’s.

But the 26-year-old proved he has another string to his bow with his bowling and is relishing the chance to turn his arm over on the wickets in Sri Lanka in a year’s time.

“I fancy myself bowling on the sub-continent,” said Bopara. “Those pitches are quite low and it is difficult to get the ball away at times, especially in Sri Lanka and hopefully I will get the chance.

“Medium pace in Twenty20 cricket is very, very important, just like the spinners. They play a massive part because the batters have got to put pace on the ball and try and hit the ball. They can be very, very handy.

“The last month has been very good for me. I only got 40-odd in the Test match at the Oval but that freed me up a lot during the one-dayers. I played with a free spirit and said to myself ‘just back yourself and just hit the ball’. That is what I have tried to do for Essex for a number of years and I am glad it has come off.

“You can never bank on being around. You have got to keep performing. I don’t want to get too far ahead of myself because that happened when I got three hundreds in a row (in 2009). When you get above your station that is when you fall quite hard. It is easy when things are going well to have a good mindset.”

That pair had both previously taken 4-22 and Bopara admitted he was slightly embarrassed to have eclipsed them.

He added: “You have got such good bowlers like Jade, Tim Bresnan and Steve Finn and all the guys in the past and for me to have those figures is a little bit embarrassing for me.” (AFP)