Panesar made a huge claim that the current Indian team is more of a "Ravi Shastri's team than Virat Kohli's."

Former England cricketer Monty Panesar hailed Team India head coach Ravi Shastri and shared his feeling on the 59-year-old’s current coaching tenure. Under Shastri, India have played a fearless brand of cricket as they beat Australia at their den in the back-to-back Border Gavaskar Trophy. In Test cricket, the Asian Giants have retained the no. 1 ICC Test ranking in the latest annual update for the fifth consecutive year.

Panesar made a huge claim that the current Indian team is more of a “Ravi Shastri’s team than Virat Kohli’s.”

“If one analyses the performance of India in the past few months, you can see that it is more of Ravi Shastri’s team than Virat Kohli’s. At least that’s what I feel,” Monty Panesar told IndiaToday.

The former England spinner further emphasized on the Border Gavaskar Trophy 2020-21 where India bounced back in the series after a disastrous defeat in the opening Test. Panesar said it was Shastri who got the job done for India against the might Australian team as Kohli was not part of the team after the opening clash.

“It is Ravi Shastri who has built a self-belief in this Indian cricket team. What they achieved in Australia after the infamous ’36’ in Adelaide is quite a miracle. They won the series even though their charismatic captain Virat Kohli didn’t play the rest of the series, and India kept losing players to injury.

“It was Shastri who got the job done for India against Australia that too in their backyard,” said Panesar.

With Shastri in charge, India also qualified for the final of the inaugural World Test Championship, where they will play New Zealand next month.

On the WTC final, Panesar feels that India should play both Ravindra Jadeja and Ravichandran Ashwin in the crucial clash.

“India must play both Jadeja and Ashwin. There is no one better than these two at present in the world. They bowl in partnership, understand each other’s game, and overall they are street-smart cricketers,” said Panesar. 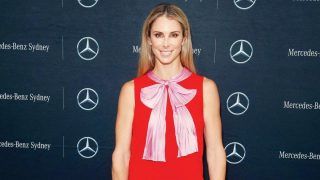