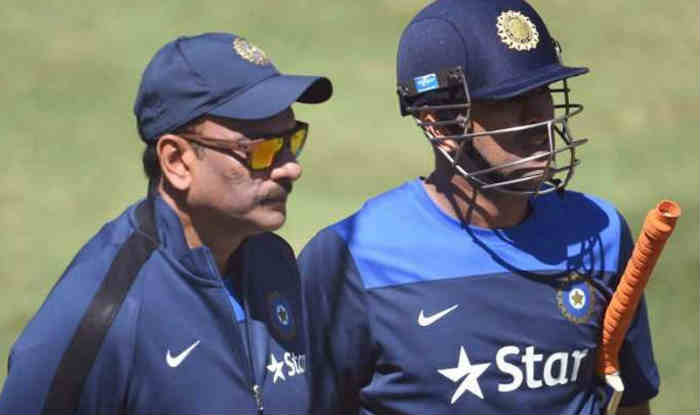 The future of MS Dhoni with the national side has become topic of national debate ever since the former skipper opted to take a lengthy sabbatical from the game. Dhoni has missing out from the action after India’s semifinal exit from ICC Cricket World Cup 2019.

Irrespective of what’s the starting point but every cricketing debate in the recent times ends with the question of when India’s most celebrated and successful captain will don the national outfit. Jumping in the bandwagon is India head coach – Ravi Shastri, who has tried to answer the most asked question over Dhoni’s return in the coveted Blue jersey.

Throwing his weigh behind the legendary wicketkeeper, Shastri believes a player of MSD’s calibre will never force his way into the national side. “That guy is a legend. The last thing he will want is to impose himself on an Indian team, having known him. He is wanting to take a break but he is going to play the IPL,” the 57-year-old said in an interview with India Today.

The coach further added that Dhoni may take a call on return to the team after the upcoming season of Indian Premier League (IPL) next year. “The amount of sport he has played… if he puts himself in contention… if he feels after the IPL that ‘I am good enough to play for India’, don’t mess around with that,” Shastri added.

The 38-year-old Dhoni took a sabbatical from international cricket after the World Cup loss versus New Zealand. During his two-month break from cricket, Dhoni opted to train with the Territorial Army – 106 TA Battalion (Para) in Jammu and Kashmir for two weeks.

He further extended his break and missed the limited-overs outings against South Africa and Bangladesh. Dhoni was also not picked in the India squad for the ongoing West Indies series.

While addressing the media last month, Dhoni himself decided to stop the neverending rumours about his future plans. He requested his fans and media to not ask about his return till January next year. 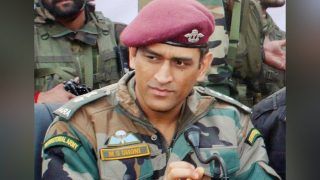