Head coach Ravi Shastri met with the Supreme Court-appointed Committee of Administrators (CoA) to discuss India’s performance on their England tour that ended earlier this month. India won a three-match T20I series 2-1 but suffered defeats in the ODI (1-2) and Test series (1-4).

According to Mumbai Mirror, Shastri met with CoA chief Vinod Rai days before Indian team left for the Asia Cup 2018 in the UAE on September 16.

As per the report, Shastri said the scoreline wasn’t a true reflection of how competitive India had been and that losing toss in all the five Tests also played a crucial role in the final outcome. Shastri said he was satisfied with India’s display on the tour.

When the CoA asked him what could be done to ensure a better performance, especially on the upcoming tour of Australia where India are scheduled to play four Tests, Shastri reportedly asked for more practice games for better preparations.

The report further claimed that Shastri’s coaching staff that already has a batting coach in Sanjay Bangar and a fielding coach in R Sridhar, could see the addition of a spin bowling coach.

Barring Virat Kohli, none of the other Indian batters could put up consistent performances across the five Tests in England. On Saturday, Shikhar Dhawan was dropped from the India Test squad after his poor show in England. Opener Mayank Agarwal and fast bowler Mohammed Siraj received maiden call-ups in the Test squad for the home series against West Indies. 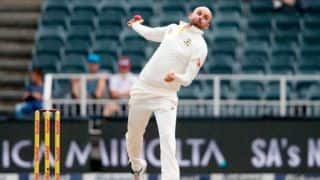