Ravi Shastri put a rest to speculations after confirming his decision to apply for the position of Team India's head coach.

Ravi Shastri put a rest to speculations after confirming his decision to apply for the position of Team India’s head coach. It was a year back when the Cricket Advisory Committee (CAC) comprising Sourav Ganguly, Sachin Tendulkar and VVS Laxman selected Anil Kumble as head coach ahead of Ravi Shastri, who served the side for 2 years as its director. Unhappy with his rejection, Shastri was also involved in a war of words with Ganguly unfolding an ugly chapter between the two. ALSO READ: Ravi Shastri demands job guarantee?

Post Kumble’s resignation last week, BCCI decided to extend its application till July 9 and Shastri confirmed his willingness to apply. Speaking to New Indian Express over phone from London, Shastri said Yes, I have decided to apply for the job. Shastri has emerged as the top candidate for the post. Considering his closeness with Virat Kohli, there is a possibility that the CAC may bow to the preference of the Indian captain.

Earlier, there were reports that Shastri was only willing to apply for the role if he was assured of the job. Shastri dismissed the rumour, “that’s all bull-crap.”

Shastri has a good working relation with the Indian captain and it is believed that the latter was disappointed with the CAC when Shastri, the team director, was replaced by Kumble. Despite India’s success over the past one year under Kumble’s guidance, he and Kohli fell apart as the team and its captain felt the former’s style was ‘overbearing’. At the same time, Kumble in his letter that he made public made it clear that he did not cross the line. According to reports, Kohli too had openly discussed about his reservations over Kumble’s functioning.

Shastri currently is in London for his broadcast assignment. BCCI had advertised about the role before ICC Champions Trophy 2017, and had shortlisted Virender Sehwag, Tom Moody, Doda Ganesh, Richard Pybus and Lalchand Rajput for the role.

Will CAC spring up a surprise or will they end up giving in to Kohli’s preference? Indian cricket is in for some interesting times ahead. 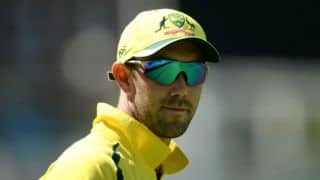