Ravi Shastri has been roped in as mentor-cum-advisor for UAE Royals.

Team India director, Ravi Shastri, will join hands with Test skipper Virat Kohli in the International Premier Tennis League (IPTL) after the latter became the co-owner of UAE Royals team on Thursday. According to a report in Times of India, Mahesh Bhupathi, who is IPTL’s founder and managing director, revealed that Shastri will mentor the UAE Royals. Bhupathi said, “The owners have also brought on Shastri as a mentor-cum-advisor. He is close to Kohli and has been working with the youngsters in the Indian team.” The UAE Royals will be led by Roger Federer. “I have always followed tennis with great interest and today I am glad to be part of a professional tennis league team,” Kohli said at the official unveiling of the UAE Royals team.

“I am a huge fan of Roger Federer and with him joining the UAE Royals, my decision to be on board with the team was firm. The UAE Royals feature some of tennis’ greatest players and I am confident about the prospects of the team in the IPTL. I am also excited about the format of the IPTL, which I am sure will drive further interest in the game of tennis,” Kohli added. The league has expanded to five teams for its second edition with the Japan Warriors joining last season’s champions, the Indian Aces, alongside the UAE Royals, the Philippine Mavericks and the Singapore Slammers. The league will begin in Japan from December 2 and culminate in Singapore on December 20.

“UAE has tremendous tennis following and we are excited to be back in the country with the second edition of the IPTL. Fans in the UAE and world over have embraced the innovative and unique format of the IPTL and we have hence made the event bigger in 2015. With Roger joining the UAE Royals, we are confident that tennis fans in the UAE will come out to support their team in great numbers,” said Bhupathi. 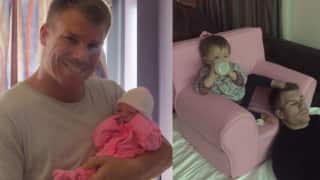