Ravichandran Ashwin Could be The Match-Winner For Team India in WTC Final 2021 vs New Zealand, Says Monty

The former England spinner Panesar feels the concept of WTC is a great advertisement of Test cricket.

While the cricket pundits keep talking about India’s extremely talented pace battery, spinner Ravichandran Ashwin still remains a vital cog in the much-famed bowling attack. With more than 400 Test wickets under his belt, Ashwin’s value in Indian cricket can never be underrated. To bring statistics into play, Ashwin is the first bowler in the 143-year history of Test cricket to dismiss 200 left-handed batsmen. Former English spinner Monty Panesar believes Ashwin could hold the key for India when they take on New Zealand in the final of the inaugural World Test Championship in Southampton, starting June 18.

The Kiwi batting line-up is studded with left-handers and it could be just the motivation the off-spinner needs to go the extra mile. “I think New Zealand is quite a good team and Conway had a great game against England. They have got few left-handers in there so I am sure Ashwin will probably be the first-choice spinner,” Panesar was quoted by ANI.

“New Zealand looks a better team than I think a lot of people thought in England and they are kind of playing like a number one team in the world. I think it is going to be a great Test match between the two sides and it’s not going to be easy for India,” he mentioned.

“But with the weather around and so many left-handers in the New Zealand squad, Ashwin could be the match-winner in this final. The difference is going to be Ashwin, I think Tim Southee is bowling well, he could be the difference for New Zealand,” the former spinner added.

Ashwin, who recently hit a gutsy ton against England on a wicket where the world’s best batsmen were struggling to get their feet in, can put New Zealand in trouble and if he isn’t able to perform as he did a few months ago, the Indian pace battery might be in pressure according to Panesar.

“If Ashwin can get the left-handers out cheaply, I think New Zealand would be in trouble, if Ashwin can’t then it would put more and more pressure on seamers. If he performs as he did in his country, India will be in a stronger position,” Panesar said.

“We have a heatwave here and the weather is fantastic, I think the wicket will turn and India might go with two spinners. Also, Virat Kohli wants to get Ravindra Jadeja in the team,” he added.

Panesar feels the concept of WTC is a great advertisement of Test cricket and the former spinner went on to term the summit clash as an encounter similar to arch-rivals India and Pakistan playing a Test match or the Ashes.

“I would like to see the match going to the fifth day, I think that would be a good advertisement for Test cricket and World Test Championship. I think it (best of three finals) can be the option as two best teams are playing against each other, it kind of has a similar effect as that of Test series between India and Pakistan or England and Australia,” said Panesar.

“This could be the next series like this which the teams would be looking forward to as you don’t have the home advantage here,” he opined.

When asked who would have played the WTC final if the tournament was introduced prior to 2010, Panesar confidently replied, “Probably Australia and England.” 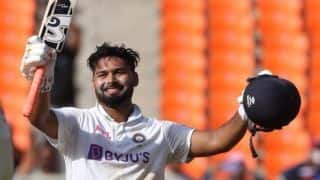 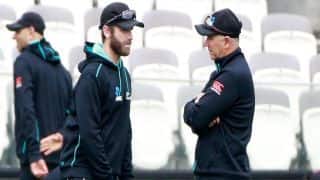