Ravichandran Ashwin Emotional Interview: Why Am I Even A Son If I Cannot Get Back To My Ailing Father and Family

Ravichandran Ashwin Emotional Interview: Why Am I Even A Son If I Cannot Get Back To My Ailing Father and

In a recent interaction on Backstage with Boria, Ashwin spoke candidly about himself and his family. New Delhi: Off spinner Ravichandran Ashwin has been one of the proven match winners in Indian cricket. His ability to fox the batters with a terrific mix of off-break and carrom ball makes him stand above the rest. There have been a few instances in the past where Ashwin wasn’t sure of his career and also considered taking retirement.

In a recent interaction on Backstage with Boria, Ashwin spoke candidly about himself and his family. He reveals how his father made sacrifices for his career. He even talks about an incident where he injured his father while practicing a pull shot.

“At the age of 12, we were going to play a league game. These hanging rope balls used to be there. I played a pull shot inspired by Ricky Ponting (at home). The ball hit the fridge and ricocheted. I finished my pull shot and the bat hit my father flush on the nose. He started bleeding profusely, my bat was full of blood.”

“He went straight to the hospital and stitched his nose up. He came back, picked up my kit bag, and took me to the game 20 kms from the house. He had opportunities to go for promotion. He gave everything away, just because he wanted his son to wear the India colors, may be, one day.”

He also talked about how his decision to leave the Indian Premier League 2021 first leg in may was wrongly criticized. He insisted that it doesn’t make sense if he is playing IPL and his father is in the ICU.

“He was in the ICU, I don’t need to explain why I needed to go back (from IPL). If those were his last days and if I hadn’t gone back home and I couldn’t see him, why am I even a son? It doesn’t make any sense.” 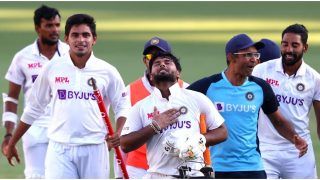 2021: A Year Where Cricket Gave Moments to Cherish For a Lifetime 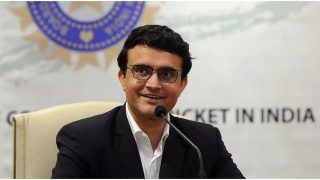