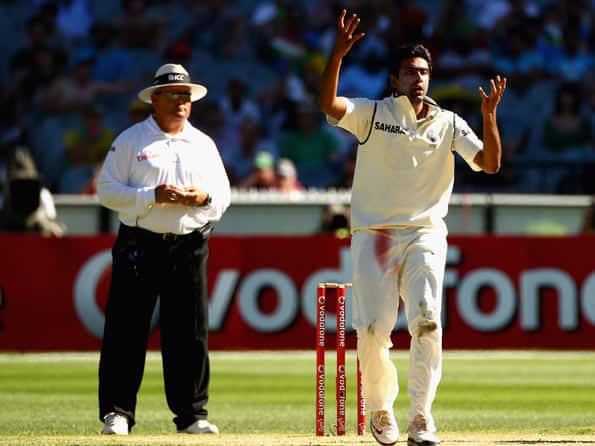 Ravichandran Ashwin as bagged four wickets at an avg of 74.5 in two Tests against Australia in the current series Getty Images

“While bowling into the Fremantle Doctor, you always get good turn away from the right-handers with sharp bounce. Perth is a good place to bowl off-breaks. There isn’t so much turn, but there’s lot of bounce. The curve that you get bowling into the wind, with the bounce, compensates for the lack of turn,” he was quoted saying in MiD DAY.

The Fremantle Doctor is the Western Australian vernacular term for the cooling afternoon sea breeze which occurs during summer months in coastal areas of Western Australia. The sea breeze occurs because of the major temperature difference between the land and sea.

The 66-year-old expressed disappointment at Ashwin’s performance in the first two Tests.

“I am not sure why he keeps experimenting with those leg-breaks and what not. He must stick to bowl off-breaks rather those ridiculous leg-break thing that he bowls. The off-breaks need to be bowled at a straighter line – the ball will turn with bounce when bowling into the wind. He has stop bowling like Saqlain Mushtaq – the doosras – he used to chuck.

“Ashwin’s bowling a lot of balls that are either too short, not driving the batsmen into making mistakes. He’s not testing the batsmen,” he said.

“I’d like to see Ashwin bowl just outside off-stump and concentrate on off-breaks. He bowled beautifully to Michael Hussey at Melbourne – should have had him caught at slip. That’s what he should do – spin hard and bowl from different points from the crease,” Mallett added.

The former off-spinner urged India captain MS Dhoni to do his homework before the Perth Test.

“The field changing here at Perth has to be different compared to other venues – because the ball runs away from point easily. The point has to be usually finer. If Ashwin fails to get his drift going, and drops it short, he could go for a lot of runs,” he warned.

Mallett said he is shocked by the way some of the top Indian batsman have struggled in the ongoing Test series.

“I am not surprised. Everyone was hyping it to be India’s chance to win a maiden series. They have never played well against the bouncing ball. I’ve been surprised with VVS Laxman – thought he would have played a lot better. Sachin Tendulkar looks okay. Rahul Dravid looks shocking. Don’t know why.

“Laxman shouldn’t go to the nets. He should visit an eye doctor (laughs). Dravid is supposed to be The Wall? He has been bowled three times (laughs). But in all seriousness, it’s been a shocking effort by India,” he said.