Rayad Emrit has not played for West Indies since 2007.

Port of Spain: Out-of-favor West Indies all-rounder Rayad Emrit has questioned his exclusion from the squads for T20I and One Day International (ODI) series against Pakistan starting later this month. Emrit, 35, says he is “very disappointed” that he has not been selected since he has been a “consistent” performer throughout the Caribbean Premier League (CPL) and the WICB Super 50 tournaments, reports CMC. Selectors announced the squads on Monday to play three T20I matches against Pakistan from September 23 to 27 and an equal number of ODIs from September 30 to October 5. “I am obviously very disappointed by not being selected,” said Emrit who has taken 54 wickets in CPL and 30 wickets in the last three seasons of Super 50. READ: WI announce ODI, T20I squad for PAK series in UAE

“I have been very consistent throughout the CPL and Super 50 tournaments and the teams are supposedly selected from there.” Emrit has been amongst the wickets and the occasional runs in all formats since debuting for the West Indies against India in January 2007. So far, he has claimed 171 wickets and scored over 2,000 runs, including three centuries, in 83 First-Class matches. “I can guarantee you that I’m the only bowler not to be selected on the West Indies team after totalling so many wickets regionally,” said Emrit. READ: Muirhead to resign as WICB CEO

“I’ll just have to work even harder, stay fit, continue to get wickets and score more runs and hopefully they will consider me.” Emrit has played a couple of ODIs for West Indies, which was back in 2007. A three-Test series between the West Indies and Pakistan follow the limited overs tour and will run from October 13 to November 3. 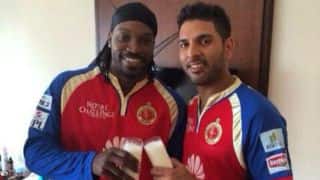 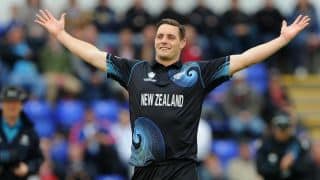