Pakistan all-rounder Abdul Razzaq on Wednesday said he was relishing the prospect of playing Champions League matches in India, where he aims to do his bit for improved neighbourly relations. 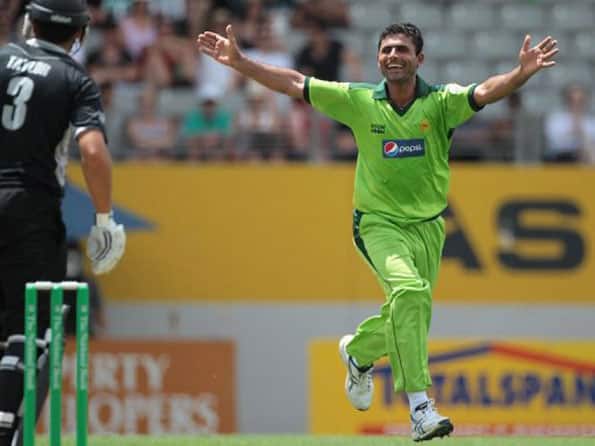 Abdul Razzak will play for Leicestershire, the English county side who won the domestic Twenty20 tournament Getty Images

Pakistan all-rounder Abdul Razzaq on Wednesday said he was relishing the prospect of playing Champions League matches in India, where he aims to do his bit for improved neighbourly relations.

The 31-year-old will feature in the qualifying rounds of the September 19-October 9 league for Leicestershire, the English county side who won the domestic Twenty20 tournament.

Razzaq will become only the second Pakistani to play in the Champions League after Yasir Arafat, who represented Sussex in the first year of the tournament in 2009.

“I am really very excited to be playing in India,” Razzaq told AFP. “It’s a great chance and I will take a message of goodwill for Indians.”

The Board of Control for India (BCCI), which runs the lucrative Indian Premier League (IPL) as well as the Champions League, barred Pakistani players from featuring in both events after they played in the inaugural IPL in 2008.

No Pakistani team is again invited to the Champions League, an event where the winners of Twenty20 competitions in top Test playing countries take part — but Razzaq hopes that will change.

“I hope the respective governments will negotiate to resume the Indo-Pak cricket because without India and Pakistan playing each other, cricket is deprived of a high-profile, most-watched cricket series,” said Razzaq.

India stalled sporting and other ties with neighbour and old rival Pakistan in the aftermath of the 2008 terrorist attacks on Mumbai, which New Delhi blamed on militants based across the border.

But Razzaq said cricket was “the binding force” between India and Pakistan, two countries where the game is massively popular.

“Doors should always be open for sportsmen or else you change the name of cricket, because cricket is the binding force between these two countries, which we have seen in the past,” he said.

Razzaq claimed that an IPL without Pakistani players is less attractive.

“When we played in the ICL (Indian Cricket League) the whole charm of that league was Pakistani players playing in India, so I hope that after I go and play the Champions League, India also open doors of IPL for Pakistani players.

“I have faced no problems playing in India and even in the worst of times people of India welcome Pakistani players with open hearts and I hope I am soon part of a Pakistani team playing against India.”

Pakistan Cricket Board has said it is negotiating with the BCCI over a possible tour to India next year — approved under the Future Tours Programme of the International Cricket Council.

“Pakistan needs a coach who can motivate the players and don’t have ego problems,” said Razzaq, who was dropped after the World Cup in March.