Royal Challengers Bangalore will look to give their forgettable campaign a semblance of respectability and dash Rajasthan Royals‘ faint playoffs hopes in the IPL 2019 when the two meet in Match 49 at the M Chinnaswamy Stadium, Bangalore on Tuesday.

Rajasthan, with 10 points from 12 games, still have a theoretical chance to make it to the playoffs, provided they do not lose any of their remaining two matches. Also, they would require Chennai Super Kings, Mumbai Indians and Delhi Capitals to defeat their respective opponents.

Hosts RCB will be playing for pride after their slender hopes of entering the playoffs went up in smoke with their defeat to Delhi Capitals on Sunday.

The change in captaincy – replacing Ajinkya Rahane with Steve Smith – helped RR to an extent as this helped Rahane roar back to form with an elegant century, albeit in a losing cause, against Delhi Capitals.

It also saw Rajasthan bring their campaign back on track by beating Mumbai Indians and Kolkata Knight Riders. RR’s last win at the Eden Gardens could galvanise their players to believe in themselves, after Riyan Parag led a dramatic late comeback.

Weather: Maximum of 32 degrees with 31 per cent Humidity expected

With a loss to Delhi Capitals in their previous game, RCB s slim chances of qualifying for the playoffs went up in smokes, and even though there is a mathematical chance for them to qualify, given they would need to win both of their remaining games, skipper Virat Kohli seems to have resigned to the fact that his team is out of the runnings. The emphasis is on having fun. So we could see RCB s bench getting that fun time in the middle. From the squad only four players have not a game, namely Himmat Singh, Kulwant Khejroliya, Milind Kumar and 18-year-old Devdutt Padikkal – all young and highly talented. Or Virat kohli will aim to go out on high and spoil the party for RR, by fielding his best 11, meaning the playing 11 from the Kotla game may be retained.

Navdeep Saini, who has had a good season with the ball, could be rested in place of his Delhi statemate, Khejroliya, who had played a handful of games for RCB last season. Padikkal may get a chance up top in place of Parthiv Patel, with Heinrich Klassen to keep.

Despite losing out on Jos Buttler, Jofra Archer and Ben Stokes, Rajasthan managed to get a win in their previous game with the likes of Liam Livingstone and Oshane Thomas put in some solid performances alongside Sanju Samson, Riyan Parag and Ajinkya Rahane. There is no reason for them to change the 11 barring any injury concerns, which for now is not a concern for the Steve Smith-led side.

“I have got one more to play in Bangalore, it’ll be nice to finish on a winning note. Hopefully, the boys will play well in Bangalore as well,” RR skipper Steve Smith 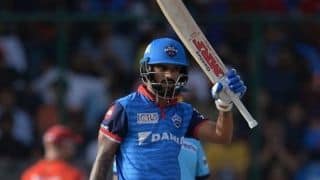 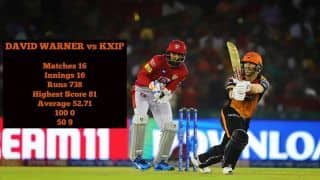