James Sutherland, the Cricket Australia CEO, dismissed Al Jazeera's claims in a statement released Monday, as did the ECB.

A second documentary released by Al Jazeera claims that four Australia players had allegedly cheated in international cricket matches between 2011 and 2012, as did seven England cricketers and three Pakistanis.

James Sutherland, the Cricket Australia (CA) CEO, dismissed Al Jazeera’s claims in a statement released Monday, as did the ECB, while the ICC said it was investigating the allegations but that the Qatar-based broadcaster had not been co-operating with them.

Here is the statement released by CA and the Australian Cricketers’ Association (ACA) on Monday in response to allegations of Australian cricketers being involved in illegal activity:

“Cricket Australia takes a zero-tolerance approach against anyone trying to compromise the integrity of the game, and to suggest anything otherwise is unsubstantiated and incorrect.

Prior to the broadcast of Al Jazeera s documentary, Cricket Australia s Integrity Unit conducted a review of the latest claims by Al Jazeera, from a known criminal source, and, from the limited information provided by Al Jazeera, our team have not identified any issues of corruption by any current or former player, including in relation to Big Bash League matches.

We have full confidence in our players in also protecting the game, and we are working closely with the ACA to keep them informed of any developments.

Australian cricket is proactive with its sports integrity management and Cricket Australia s Integrity Unit oversees and maintains the integrity of all domestic cricket in Australia, including BBL and WBBL matches.

In addition to this, prior to the start of each Australian season, all professional cricketers are required to participate in thorough anti-corruption education sessions before being eligible to compete in CA s domestic competitions.”

“The players and the ACA remain committed to taking genuine match fixing claims seriously and cooperating in any investigation process should it be required.

However, as I said two months ago, enough is enough when it comes to unsupported accusations which unfairly tarnish players reputations.

The players are sick and tired of being subject to accusations, without the proper evidence to substantiate it.” 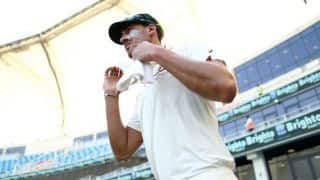