Aamer Sohail is against the idea of replacing current Pakistan captain Sarfaraz Ahmed.

Aamer Sohail is against the idea of replacing current Pakistan captain Sarfaraz Ahmed following their underwhelming performance at the ICC Cricket World Cup 2019.

Aamer, a former captain himself, says the Pakistan Cricket Board (PCB) should groom someone to take over the reins, something which they are yet to do.

“There is a lot of debate and discussion about suitability of Sarfaraz Ahmed as captain in some or all three formats of the game,” Sohail told Cricket World. “To me this is just a sad case of a knee-jerk reaction to recent disappointing performances by the Pakistan side. The fact is that PCB have not groomed a successor to him and so to expect Sarfaraz to be replaced for the sake of change is absolute madness.”

Sohail, who played 47 Tests and 156 ODIs, has also advised PCB to appoint someone with leadership material and not just because he happens to be a good player.

“What we need to do is to act in a calm manner to prepare his replacement and to look for someone to take over who has leadership material and is not simply a good player. If we don t groom for at least a year a player who has a good grasp of the tactical aspects of the game, one who can operate well under pressure and has game awareness then we could easily end up with a dressing room with possibly six captains instead of one good leader and we cannot afford that at any cost,” he said.

Coach Mickey Arthur was sacked by the PCB on Wednesday, a decision taken after the recommendations of a review meeting on August 2.

Commenting on left-arm pacer Mohammad Amir’s decision to quit Test cricket, Sohail said unless PCB finds a way to make playing the longest format financially lucrative, there will always be a real chance of some other playing opting for a similar route.

“It’s clear that Test match fees are in no way comparable to the allure of attractive financial rewards that a player playing in the shorter formats, namely Twenty20, can get for himself. So, the decision is a no-brainer and unless Test match fees become good enough to challenge what can be earned from the lucrative Twenty20 leagues, there will always be a possibility of Test players wanting to take a practical approach,” he said. 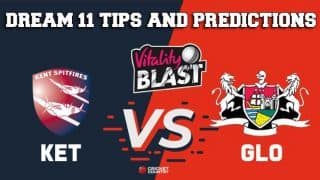