Robin Bist (93) and Rashmi Parida (85) were the stars of Rajasthan's fightback in their Irani Cup match against Rest of India but the danger of defeat still lurked on the Ranji Champions, who were trailing by 356 runs at the end of Day 3 on Monday. 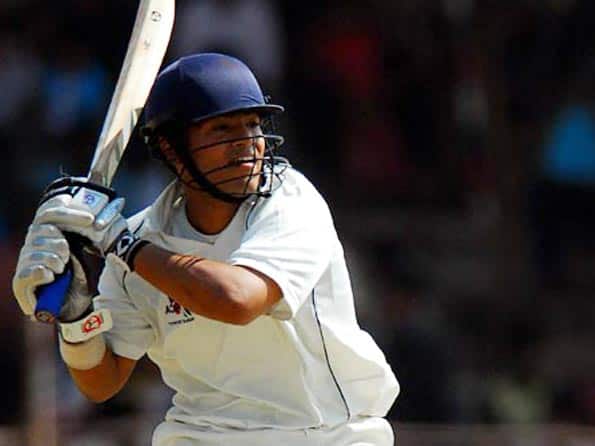 Robin Bist (93) and Rashmi Parida (85) were the stars of Rajasthan’s fightback in their Irani Cup match against Rest of India but the danger of defeat still lurked on the Ranji Champions, who were trailing by 356 runs at the end of Day 3 on Monday.

Starting the day at 53 for three, Bisht and Parida resisted the Rest of India attack with aplomb but the hosts still require 206 runs to avoid follow-on after ending the day at 307 for six, at the Sawai Mansingh Stadium.

Rest of India had posted a mammoth 663 all out in their first essay.

After struggling in the first two sessions, Rest claimed all three wickets of the day in the last session with paceman R Vinay Kumar striking twice.

Young batsman Ashok Menaria played a good knock after coming at number six and was unbeaten on 59 in the company of Deepak Chahar (1) when stumps were drawn for the day.

As the situation demanded, Bisht and Parida dug in and batted sensibly and survived the first two sessions, adding 158 runs for the fourth wicket.

They collected 82 runs in the first session of the day and 76 in the second, keeping at bay the Rest bowlers for a long period of 64 overs.

However, the partnership ended in the very first over after the tea break when Parida edged one straight to second slip Manish Pandey off Vinay Kumar.

Parida took 193 balls for his knock, having 12 boundaries in it.

Bisht, who was on 67 at that time, found an able ally in 20-year-old Menaria, who played aggressively right after coming to the crease.

Menaria drove Umesh Yadav for a cover boundary of the second ball he faced and runs started to come more freely.

Bisht, who was batting with caution thus far, opened up and reeled off three boundaries in Vinay Kumar’s next over. Menaria was in awesome touch and his shots, particularly on the off-side, were a treat to watch.

Anything outside off pitched by Yadav was given the treatment as Menaria slashed him in the gully and point region consistently. Varun Aaron bowled straight but Menaria had the range of strokes to deal with it as he drove elegantly off his legs.

Runs were coming quickly for Rajasthan when Pragyan Ojha dismissed Bisht, caught behind, and broke the 67-run fifth wicket stand. Bisht’s patient knock came off 228 balls with 14 shots to the fence.

Next man in Rohit Jhalani (1) did not last long and with the tail exposed, Menaria contained his usual aggressive self. He brought up his half-century with a cover drive off Aaron and held the fort till the end of the day. (PTI)

Gandhi's birthday a special day for us: Darren Ganga