The West Indian also revealed that he was subjected to a racial attack that changed his life.

Former West Indian fast bowler and player coach at Auckland University Cricket Club Franklyn Rose has suggested that New Zealand is an unsafe place for “Black people.” Franklyn, who was arrested for seven weeks for the investigation of a rape complaint, has slammed the country by asking the black athletes to leave the country before they are treated in the same way. The Herald revealed in April that Franklyn was investigated regarding a rape case by the New Zealand police. The batsman and right-arm bowler, who played 19 test matches, denies the allegation. READ: India to play 3 Tests and 5 ODIs against New Zealand

According to a report in ONE News, the former international cricketer said, “What have I done to be locked in a prison cell for seven weeks? I felt so terrified and nervous when I realised I was living with and amongst serial killers, rapists and drug dealers.”

The West Indian also revealed that he was subjected to a racial attack that changed his life. He also mentioned that his stay in New Zealand was fine until that attack. “My experience in New Zealand was okay until I had that horrible racial attack from those four white thugs that almost change my life for ever. While in hospital recovering from my wounds, I [developed] a blood clot in my lungs which prevented me from flying, and that was the reason for me ended up getting stuck in that country for almost four years,” he added.

However according to the news report Franklyn’s case against the racial attack went unsolved as the cricketer believed that the investigating officer racially stereotyped him. “He wanted to know if I was involved in gangs or drugs, I was very disappointed and asked him if it is only black people who are involved with drugs and gangs and why is he stereotyping me this way? I always thought New Zealand was one of the friendliest and safest place in the world, but that wasn’t the case after what I have experienced in that country,’ he said.

Later on an Auckland woman filed a rape complaint against him but the charges were later dropped eventually. The cricketer also admitted to have suffered from depression and anxiety attacks. 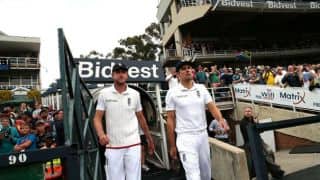 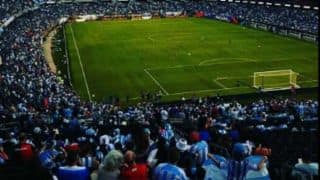