Grave also assured that the decision to decline the tour won't be held against the cricketers and that West Indies are still taking a strong squad to face England.

Cricket West Indies (CWI) chief executive Johhny Grave has revealed that concern for their respective families was the main reason by the trio of Darren Bravo, Shimron Hetmyer and Keemo Paul opted out of the Test tour of England.

West Indies are scheduled to tour England for a three-match Test series next month subject to government approval.

Paul, in an email to CWI explained he’s the sole earning member of his entire family and cannot risk his health.

“Keemo Paul is the sole breadwinner in his entire household and wider family,” Grave told ESPNcricinfo. “He was really concerned if something happened to him how his family would cope.”

“He wrote a personal note to us to explain it was with a heavy heart that he had decided not to tour but that he just didn’t feel comfortable going to England. He wrote passionately about how hard a decision it was for him and how much he loves playing for West Indies, but with consultation with his family he doesn’t feel he can leave them and doesn’t want to go on the tour,” he added.

On the other hand, Hetmyer wasn’t comfortable with the idea of leaving his family amid the coronavirus crisis.

“…didn’t feel comfortable from a safety point of view, leaving his home, leaving his family and heading over to England,” Grave said.

While Bravo was worried about the coronavirus situation in UK which has been one of the worst hit nations.

Grave also assured that the decision to decline the tour won’t be held against the cricketers and that West Indies are still taking a strong squad to face England.

“It is in everyone’s interest if you are not comfortable to say so and not tour and be certain that it is not going to be held against you. Rather than go, be worried, and ultimately don’t perform or want to come home. So it is a good decision all round. We are still taking a strong Test side to England,” Graves said. 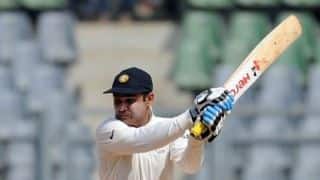 Virender Sehwag One of The Most Destructive Openers in Test History: VVS Laxman