Ponting is 33rd Australian to receive the honour, joining the likes of Lillee, Border and McGrath

Ricky Ponting was awarded life membership of the Marylebone Cricket Club (MCC) on Friday in a tribute to the Australian legend’s illustrious career. Former Australia captain Ponting was given the honour after establishing himself as one of the best batsmen in the history of the sport by scoring over 26,000 runs in all forms of the game and averaging 51.85 in 168 Test matches.

The 39-year-old, who retired from all forms of cricket in October last year, hit 41 Test centuries, played in 375 one-day internationals and won three World Cups with Australia.

Ponting is the 33rd Australian to receive the honour, joining the likes of Dennis Lillee, Allan Border and Glenn McGrath on a coveted list of former international cricketers.

MCC Head of Cricket John Stephenson presented Ponting with his membership pass and tie during a recent visit to Lord’s, the world-famous London ground owned by MCC and regarded as the home of cricket.

Speaking to Lords.org, Ponting said: “It’s fantastic to be given Honorary Life Membership of MCC. I’ve devoted my life to playing cricket and it’s great to be recognised by a club as proud as MCC. Now I’ll be able to come and sit amongst the Members and enjoy a Test match which will be a nice thing to do.” 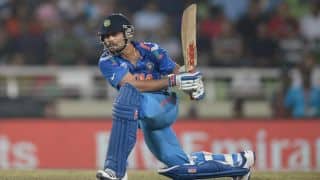 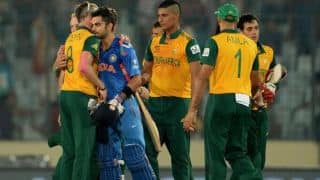