Pant was criticised for his performances, especially his glovework, in the fourth and fifth ODI against Australia.

Former Australia skipper Ricky Ponting believes that Rishabh Pant is perfect for playing the role of Mahendra Singh Dhoni‘s deputy in the upcoming 2019 ICC Cricket World Cup, slated to begin on May 30 in England and Wales.

With the 15-member squad still to be picked for the showpiece event, Ponting has said some good knocks for the Delhi Capitals would make Pant the favourite. (ALSO READ: Unfair to compare Rishabh Pant and MS Dhoni: India bowling coach Bharat Arun)

Notably, Pant was subjected to “Dhoni, Dhoni” chants in Mohali during the fourth One-Day International between India and Australia after the stumper missed a couple of stumping chances. (ALSO READ: Virat Kohli a terrific leader, MS Dhoni a must-have player for India in World Cup: Shane Warne)

“I think it’s actually a big job for me and the coaches when he comes in, to make him forget what’s happened in the last few days. He’s probably lucky it happened in the last couple of games. It would have been hard to play all five games under that kind of pressure. Now he’s back in a competition where he has dominated in the past,” Cricbuzz quoted Ponting as saying.

“If he can win a couple of games for us then everything will be forgotten. I can’t see anyone better than him as a second wicketkeeper in that Indian World Cup squad,” he added. (ALSO READ: MS Dhoni half a captain of Indian team, Virat Kohli visibly rough without him: Bishan Singh Bedi)

Pant has been termed as Dhoni’s successor but the Delhi boy hasn’t received much opportunities with the presence of the experienced stumper. (ALSO READ: Dinesh Karthik will be in the mix for the World Cup: Simon Katich)

However, with Dhoni likely to retire after the World Cup, the Delhi lad would get more opportunities to showcase his talent. 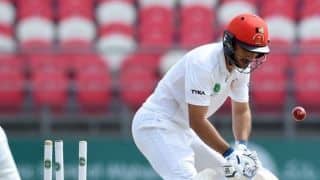