Australia skipper Ricky Ponting on Wednesday faced a charge by the International Cricket Council after he damaged a dressing room television set. 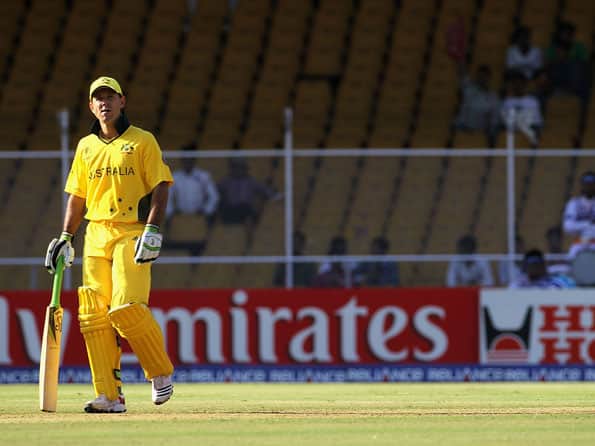 Ricky Ponting after his dismissal at a World Cup match against Zimbabwe at Ahmedabad.

Australia skipper Ricky Ponting on Wednesday faced a charge by the International Cricket Council after he damaged a dressing room television set. Ponting smashed the TV in a fit of fury after being run out in the match against Zimbabwe in Dhaka, a local official said Tuesday.

International Cricket Council (ICC) spokesman James Fitzgerald told AFP in Nagpur on Wednesday that Ponting would be charged but added: “That’s all we are saying at the moment. The Australians are travelling today (Wednesday) and we don’t want to say anything about the details of the charge until we’ve been in contact with them.”

The ICC had been contacted by the Indian cricket board following a complaint lodged by the Gujarat Cricket Association (GCA) relating to the incident in the defending champions’ World Cup opener on Monday, a Press Trust of India report said.

Ponting had apologised for the incident to the GCA, the PTI said, but a complaint was still registered. The incident happened after Ponting returned to the dressing room and saw the replay of his dismissal on TV during his team’s 91-run win at the Sardar Patel stadium.

“It is true that Ponting smashed the TV in the Australian dressing room,” GCA secretary Rajesh Patel told AFP on Tuesday. “I think he must have been frustrated at his early dismissal.”