Ricky Ponting made the comments in the light of the recent revelations by Kevin Pietersen.

Ricky Ponting, the former Australian captain, said that he never felt Kevin Pietersen was a fully accepted member of the England team. Pietersen was axed from the side after the 2013-14 Ashes debacle Down Under. He then released an autobiography, whereby he accused some of his teammates of bullying.

Speaking at an event organised by Aaj Tak-Headlines Today, Ponting said, “I don’t believe Australia is tougher than any opponent. It is harder for us as well. Kevin is voicing his opinion there. We knew what was happening in England dressing room. Against him, it always felt he was not a part of the English dressing room. He was always fielding on the boundary. Never really seemed like a fully accepted member of the team. He can be playing right now but he has to be up there among the performers. England could have handled it better, he is a strong character. Steve had to deal with biggest egos that we have seen in cricket. England did not have strong enough to keep him.”

Steve Waugh, another former Australian captain said, “You don’t sell books by being nice. Kevin has been controversial. He has won games for England and has won matches. He was always a high-maintenance player. He was no longer the top 10 batsmen when he went to Australia. The form was also a part of the failure. The controversy and hype will be over in a few months.” 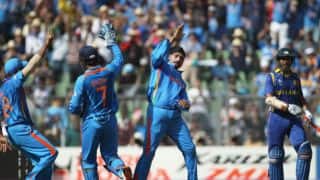 MS Dhoni had said he would shave his hair if we won the ICC World Cup 2011: Harbhajan Singh 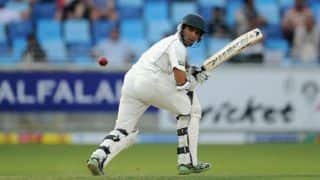