Former Australian captain Ricky Ponting on Wednesday said he was "offended" after Mark Taylor blasted his feud with Michael Clarke, saying it should have stayed in the dressing room. 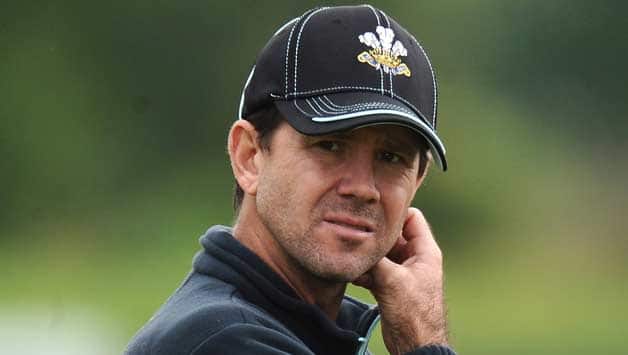 Former Australian captain Ricky Ponting on Wednesday said he was “offended” after Mark Taylor blasted his feud with Michael Clarke, saying it should have stayed in the dressing room.

The book also offers an unfavourable appraisal of Clarke’s ill-fated relationship with bikini model Lara Bingle, which ended in 2010 when he flew back from a tour of New Zealand to sort out his private life.

Clarke bristled at a press conference on Tuesday when asked for his reaction to Ponting’s comments.

“Ricky said that did he? Well, Ricky has my number,” he said.

Ponting reportedly responded that Clarke “won’t read anything in the book that he wouldn’t have known about himself or how I felt about it around the team”.

Taylor, who was captain from 1994 to 1999 and is now a Cricket Australia (CA) director, said the players’ differences should have stayed behind closed doors.

Ponting said he was offended by the accusation that he had broken the sanctity of the Australian team change room, claiming the events were already public knowledge.

“I’ve just given my side of it,” Ponting told a breakfast function in Perth, Australian Associated Press reported, adding that he had contacted Clarke on Tuesday and they had made up.

“I was actually really offended that Mark would come out and say that I would break what happens in the sanctuary in the change room. That’s not me. I’m not out doing things like this to sell books,” he added.

“Australian cricket is dear for me. It’s been my life for 20-odd years.”

Taylor said Ponting, who assumed the captaincy in 2003 from Steve Waugh, was entitled to write his book “but I’m a little sick of hearing all of it”.

“I’ve heard all these things before. And they’ve happened in sides that I’ve played in where certain characters came in and they were different. Every change-room, no matter how good the team is going, have those differences in characters.”

Taylor also wrote an autobiography but said he left out certain thoughts in the interests of the national team.

“I don’t think the public needs to hear everything that goes on no matter how close a team is or how close you think all the individuals are at various times,” he said.

“There are certain bust-ups at various times and they should be handled straight away, handled properly with adult conversations, and then you should move on.”

In his book, Ponting, who retired from international cricket in December 2012, suggested Clarke was not a team man.

“It never worried me if a bloke didn’t want a drink in the dressing room,” wrote Ponting, himself a reformed boozer.

“But I did wonder about blokes who didn’t see the value in sticking around for a chat and a laugh and a post-mortem on the day’s play.”

'Sachin Tendulkar fan following is much bigger than Amitabh Bachchan’s’