With Australia working upon several strategies to counter Kohli, Australia legend Ricky Ponting has revealed a detailed plan of his own that will unsettle the Indian captain.

Stop Virat Kohli and you have won half the battle. That seems to be the brief Australian team has been handed as they gear up for the highly-anticipated four-Test series against India starting from Thursday in Adelaide.

With the home team working upon several strategies to counter Kohli, Australia legend Ricky Ponting has revealed a detailed plan of his own that will unsettle the Indian captain.

Kohli has been in sensational form in 2018, scoring runs in South Africa, England and at home despite his team suffering Test series defeats against the aforementioned teams. The last time he was on Australian shores for a Test tour, he clobbered 692 runs at an excellent average of 86. However, the Aussies seemed to have found a way to stop the run-machine when they toured India in 2017 when Kohli manged just 46 runs during a four-Test series.

However, since then, he has been unstoppable, peeling off centuries for fun.

Studying how England talisman James Anderson has squared off against Kohli over the years should be the starting point, says Ponting.

“The first thing I’d be doing is going back and looking at how anyone has stopped him in the past,” Ponting told cricket.com.au. “Who has had the most success against Virat Kohli and why? The first one that comes to mind is someone like a James Anderson, who’s probably had the most success against him. From what I’ve watched over the years, he seems to trouble him the most.”

Cutting off boundaries earlier in the innings and not giving him runs should be the next step. “If the ball is not moving, he’s going to be really hard to get out. With someone like him who likes to score freely, he’s obviously got a big ego but there’s other things you can do. You can put a few fielders out (on the boundary) early on, don’t let him get any boundaries. Maybe don’t go as aggressive at him early on. Try to bowl lots of tight, consistent stuff.

Tightening the slip cordon, especially the third slip will also sow seeds of doubts in the mind of Kohli’s who averages 54.57 in Test cricket.

“He likes to run the ball down to third man a lot as well, so maybe just play around with some guys in different areas which might just get inside his head as to what we’re trying to do. Bring your third (slip) or your floating slip up a little tighter because he tends to play with soft hands and run the ball down there.

“Just so he’s got to think about it and show that we’re ready and prepared for what he can do. I think there’s little things that might just get inside his mind,” he said. 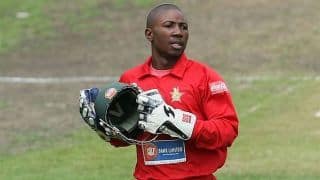 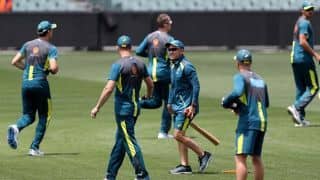