Ricky Ponting talked about the days leading upto his retirement in his new book At the Close of Play. He retired at the WACA, Perth in 2012 at the venue where he made his debut in 1995. 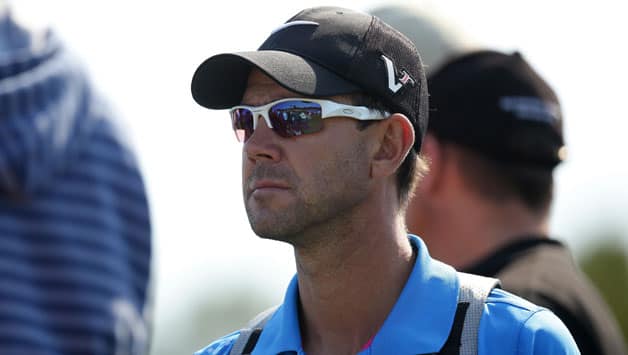 Ricky Ponting talked about the days leading upto his retirement in his new book At the Close of Play. He retired at the WACA, Perth in 2012 at the venue where he made his debut in 1995.

The Australian published excerpts from Ponting’s latest book which will be releasing on October 21.

In 2012, Ponting showed his class as a batsman in the home series against India. In the lead-up to the One-Day International (ODI) series Australia coach Mickey Arthur congratulated Ponting for his commitment and energy.

Ponting wrote: “I conned Mickey, conned everyone and I even conned myself into thinking I was good to go. In truth, after playing in eight Test matches in 10 weeks, constantly batting for my future, I needed a mental break. Eight days after we completed a 4-0 series sweep over the Indians, we were playing them again in the opening game of the Commonwealth Bank one-day series.”

Ponting didn’t manage to reach double figures in five ODIs. In the last two games Ponting stood as the captain in absence of the regular skipper Michael Clarke who was out due to a hamstring strain. Ponting was dropped after those two games. Ponting was on his way to Brisbane airport when he got a call from Australian chairman of selector John Inverarity. He was upfront with Ponting and said tersely: “Ricky we’ve decided to drop you.”

He wrote: “A bit less than a week earlier, when John [twice] and then the recently appointed high-performance manager, Pat Howard, had rung to ask me to be captain, I’d said pretty firmly, ‘No way, I shouldn’t be doing that.’”

Ponting felt that David Warner, who was named the vice-captain in absence of injured Shane Watson, should have been given the reins. Ponting was oblivious to the fact that his place in the team is under threat. “Everything they [the selectors] said was building me up, how important I was, how they needed my help. You might have thought they were ringing me to thank me the next day, but instead they were telling me I was done. That still annoys me,” wrote Ponting.

There were speculations that Ponting might call it a day in Test cricket too. Ponting said that he will still be available for Australia selection for the Test team. Ponting thought he had to get runs against South Africa in the home Test series. He feared the phone call from Inverarity telling him about his end of Test career.

Ponting was in good shape before the start of the South Africa series as he had scored 162 in the Sheffield Shield game against Victoria. The attack comprised Australian Test bowlers: James Pattinson, Clint McKay, Peter Siddle, Andrew McDonald and Cameron White. Also part of the team were John Hastings and Glenn Maxwell went on to play Test cricket later.

“Retirement was the furthest thing from my mind. I honestly couldn’t see the finish line. I believed I was prepared, mentally and physically, for this series against South Africa, the Ashes series in England in 2013 and the return Ashes series in Australia in 2013-14. After that, I’d sit back and think about where my career was headed. I knew I was only one or two failures away from the media calling for my head again, but I was feeling too good and hitting the ball too well to be overly concerned about that. Or so I thought,” wrote Ponting.

In the first Test against South Africa in Brisbane, Ponting walked out to bat at 30 for two. He wanted to feel the ball at the start of the innings. He prodded to a Morne Morkel delivery and edged it to Jacques Kallis in the second slip. Ponting felt from within that he was one game away from getting dropped. For the first time in his life self-doubts began to creep in.

In the second Test at the Ashes, Ponting was bowled twice first time since 1996 Delhi Test. In the second innings against South Africa, Ponting inside-edged Dale Steyn onto his stumps. The Australian batsman admonished himself.  Arthur consoled Ponting about the dismissal. Ponting told the coach: “It was a horrible shot…That’s not how I play.”

Ponting talked about his concerns to wife Rianna. The couple went to Ponting’s favourite restaurant. Rianna asked Ponting to retire at WACA. “Your family will want to be there and I want you to get the send-off you deserve,” she said.

Ponting wrote: “To tell the truth, I wasn’t sure if any of that mattered so much. If I wasn’t good enough, I shouldn’t be playing. But I eventually decided I did want to play at the WACA for two reasons: one, because it felt like retiring mid-series was the easy option, that I’d be deserting my mates before the fight was over; and two, because I wondered if I’d be a different batsman without the pressure of needing runs to retain my place. I’d never have to read another ‘Ponting Must Go’ headline. Maybe I’d get back to my cracking Shield form and finish on a high.”

Ponting talked about his plans to captain Clarke who tried to talk Ponting out of retirement. Inverarity called up Ponting and told him to stick with the team till the Ashes in England. By that time Ponting had made up his mind. He called up his father and asked him to fly down to Perth for his final Test. “Just go out there and bat,” Ponting’s father  told him. “Shut everyone up.”

Ponting wrote: “Mum’s initial reaction was to say she couldn’t do that because she didn’t want to leave her work short-handed with such little notice. It was typical of her to be thinking of someone else, though my suspicion is that part of it was a case of her not wanting to be a jinx one last time.”

Ponting said that he was glad to see his family made it to the venue. “They’d been there for me at the beginning. I wanted them there at the end,” concluded Ponting.