In response to Pant's tweet, his fans came up with their suggestions and urged him to shift to cities like Mumbai, Hyderabad, Naya Raipur, Noida, Kanpur, and so on

India wicketkeeper-batsman Rishabh Pant became the toast of the nation after he played one of the most memorable knocks on foreign soil to clinch a historic series win against Australia. Shutting down all the criticism around his keeping skills, Pant played a whirlwind knock of unbeaten 89 to hand Australia their first defeat at the iconic The Gabba in 32 years. After coming back to the country, Pant has asked for few suggestions as he revealed that ever since he came back home from the Australia tour, his family is urging him to buy a new home.

The 23-year-old posted a Tweet from his official account saying, “Jabse Australia se aaya hoon gharwale peeche pade hain ki naya ghar le lo ab. Gurgaon sahi rahega? Aur koi option hai toh batao [Ever since I came back home from Australia, my parents are telling me to get a new house. Will Gurgaon be alright? If there are any other options, please suggest].” Responding to Pant’s Tweet, thousands of fans flooded the social media platform with hilarious responses. Some users also urged him to shift to cities like Mumbai, Hyderabad, Naya Raipur, Noida, Kanpur, Muzaffarpur and so on.

Only salah my middle class mind can give you is ki agar ghar Delhi-NCR me le rahe ho to metro station ke pass hi lena!

Recently after coming back from Down Under, Pant was spotted with his idol and former India captain Mahendra Singh Dhoni and his wife Sakshi. Dhoni’s wife posted the photo on Instagram, where the trio can be seen having a good time, with Dhoni wearing a green-coloured party hat.

On Wednesday, Pant was nominated for the newly-introduced Player of the Month awards by the International Cricket Council. Apart from him, India’s senior off-spinner Ravichandran Ashwin, fast bowler Mohammed Siraj, and pacer T Natarajan are also in the fray.

India’s next assignment will begin against England on February 5. Both teams will play a four-match Test series which will be followed by three-match ODIs and five T20Is. 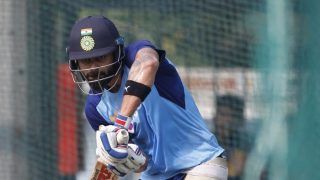 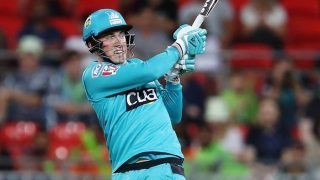