Virat Kohli will continue to lead the 15-member squad for India when they on West Indies in a five-match ODI series and one-off T20I.

Amidst the semi-final tie between India and Bangladesh in the ICC Champions Trophy 2017, The Board of Control for Cricket (BCCI) in India has announced a 15-member squad for India s upcoming West Indies tour. India and West Indies will play a five-match One Day International (ODI) series and one-off Twenty20 International (T20I). Virat Kohli as expected will lead the side with Anil Kumble continuing as head coach for this series after a month s extension handed to him by BCCI. Full Cricket Scorecard, India vs Bangladesh, ICC Champions Trophy 2017, 2nd semi-final, Edgbaston

There are also some notable exclusion from the side that are playing in the Champions Trophy. Opener Rohit Sharma and fast-bowler Jasprit Bumrah have been rested while youngsters like Rishabh Pant and Kuldeep Yadav have been given a chance. Both Pant and Yadav impressed one and all in the recently concluded Indian Premier League (IPL) 2017 playing for Delhi Daredevils and Kolkata Knight Riders respectively.

Shikhar Dhawan will carry out opening duties along with Ajinkya Rahane and Pant, while the middle order will continue to be marshaled by the likes of Virat Kohli, Yuvraj Singh and MS Dhoni. Kedar Jadhav, Dinesh Karthik and Hardik Pandya have again been entrusted of the finishing responsibilities. 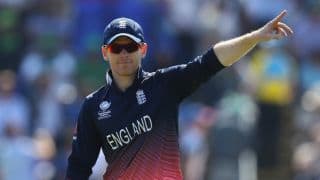