Australia vs India: Both the wicketkeeper and the star all-rounder picked up injuries while batting on day three at SCG. 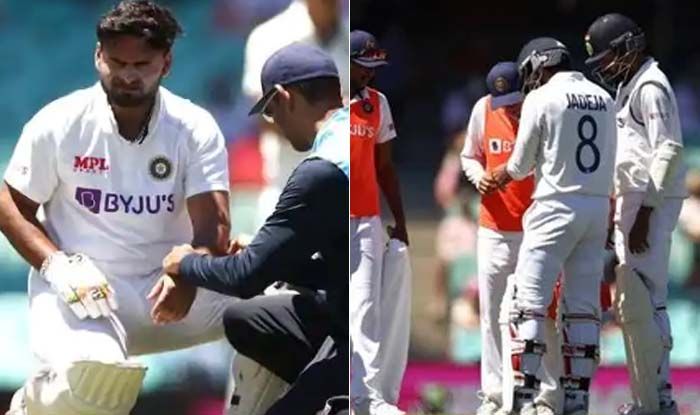 All of India would be wanting to know – will Rishabh Pant and Ravindra Jadeja bat in the second essay during the third Test? Both the wicketkeeper and the star all-rounder picked up injuries while batting on day three at SCG. While Pant hurt his right elbow and did not take the field in the second innings, Jadeja copped a nasty blow from Mitchell Starc during his 37-ball stay.

While it is believed that Pant would bat in his usual position during the second innings, Jadeja is unlikely to take any further part in the Test as he has dislocated his right thumb and would be out for three to four weeks.

“Rishabh Pant still has some pain in his elbow. He is currently being treated. Ravindra Jadeja has a dislocation in his left thumb,” a BCCI spokesperson said on Sunday before play started on Day 4.

Jadeja’s 28-run knock allowed India to limit Australia’s first-innings lead to less than 100 but towards the end, a short ball from Mitchell Starc hit him on the gloves and he needed immediate medical attention.

Jadeja was in pain and once the team was back in the field for the second innings, his left thumb looked pretty swollen and the physio applied taping on it. He threw a few balls but then it was decided that it won’t be possible for him to continue.

Meanwhile, Australia is firmly in control of the SCG Test with a lead of 325 currently. Smith missed out on a consecutive century after he was dismissed by Ravichandran Ashwin. 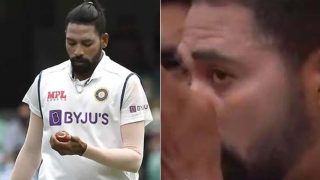