Uthappa is confident that he will succeed at the highest level if given a chance.

Robin Uthappa, who soared back to form after missing six Ranji Trophy 2013-14 matches to help his team complete a historic treble, believes that he should get a chance to play for India.

“I believe I have performed well. I believe I should be playing the next level, and I am confident that I will succeed at the highest level. Given a chance I will be able to add value to the team,” Uthappa was quoted as saying by Times of India.

Uthappa last played a One-Day International (ODI) match for India against Sri Lanka in 2008 at Karachi. The right-hand batsman from Karnataka slammed two consecutive centuries in the Vijay Hazare Trophy, an unbeaten 132 against Gujarat and 133 against Jharkhand.

“It’s a special feeling to be able to win all the three domestic tournaments,” said Uthappa.

“We are a unique bunch of cricketers as each player cares for the team. And to be part of history is more than pleasing,” he added.

Uthappa top-scored in the Vijay Hazare Trophy with 536 runs at an average of 76.57.

However, Uthappa is now focused on preparing for the Deodhar Trophy. According to Times of India, the 28-year-old cricketer flew to consult his personal coach Praveen Amre, hours after winning the Vijay Hazare Trophy. The zonal limited-overs tournament will kick off on March 23 at Vizag.

“We have good players in the South Zone team and stand a good chance of winning the Deodhar Trophy,” Uthappa said.

Uthappa last appeared for India in a rain-affected Twenty20 match in South Africa in March 2012. 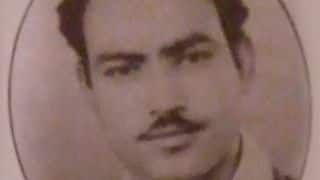 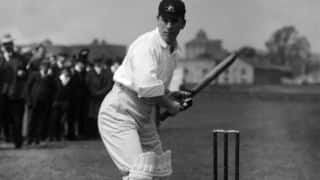 Clem Hill: One of the best batsmen of Australia