Robin Uthappa made some poor contributions in three one-dayers against Zimbabwe, but did well in T20 International matches.

Bengaluru: Karnataka batsman Robin Uthappa today rued that he could not capitalise on the chances he got during India’s recent ODI series in Zimbabwe due to judgemental errors but vowed to stage a comeback to the national team. “T20 went pretty well, but unfortunately I couldn’t capitalise in ODIs. But I am working hard and I will keep doing my best and hopefully I will play for India again,” he told reporters on the sidelines of an event organised by Bijapur Bulls, a Karnataka Premier League team, here. READ– India vs Sri Lanka 2015: India’s tour game an early indicator of things to come

Uthappa made some poor contributions in three one-dayers against Zimbabwe, but did well in T20 International matches.
He scored zero and three while playing at number five and 31 while batting at number three in the ODIs. In T20 matches, Uthappa scored an unbeaten 39 and 42.

Uthappa, who has played mostly as an opener in the shorter version of the game, said batting at number five was a new experience for him.
“Batting at that position (Number Five) was something new to me. Probably I was too keen to do well, and made some wrong judgements at that point of time,” said 29-year-old Uthappa who has scored 934 runs from 46 ODIs at an average of 25.94. READ: Wriddhiman Saha needs to detach the ‘Bengali-boy’ out of him

Nevertheless, Uthappa said his preparations were going on as usual and it’s good to have lot many T20 games ahead of the T20 World Cup next year in India.

“Preparations are going as usual. It is good to have lot of T20 games since the World Cup is coming up. So you can never play few good games. It is always good to play these games,” he said. READ: India hope for a rain-free warm-up match against Sri Lanka Board President’s XI

Asked about the difference of money he gets in IPL and KPL, Uthappa said, “I am of the impression that a lot of people did not know I am playing or not. I think it came as a surprise and kind of unsettled the plan. READ: Cheteshwar Pujara may have to make way for Rohit Sharma during India tour Sri Lanka 2015

“So, the money does not matter for me. I think just the experience of playing with these boys and playing T20 cricket is something I am looking forward to,” he said. 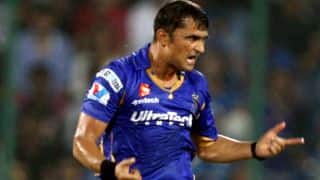 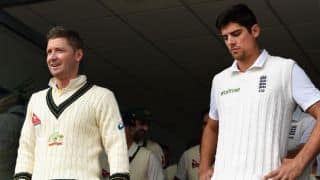