The 29-year-old said he is grateful for the opportunity.

Mumbai: After regaining his place in the India squad for the upcoming tour of Zimbabwe, Robin Uthappa said he is not sure about the position he would bat in but pointed out that opening the innings will help him play his natural game. Ajinkya Rahane wants MS Dhoni’s calmness and Virat Kohli’s controlled aggression

Following highs and lows in his international career spanning a little over nine years, the top order batsman, who also keeps wickets at times, got an opportunity to don the national colours again as he was selected in the India team under newly-appointed skipper Ajinkya Rahane.

Rahane was on Monday named captain of the 15-member side as Mahendra Singh Dhoni and Virat Kohli, among other seniors, were rested. India will play three One-Day Internationals (ODI) and two Twenty20 Internationals against Zimbabwe. The first ODI is scheduled for July 10. Ajinkya Rahane has come of age: Dilip Vengsarkar

“Opening the batting comes extremely easily to me because that’s what I do in domestic cricket. I am not really sure what position I will be batting in this series. If it is up the order, it would just be about going out there and playing my natural game,” Uthappa was quoted as saying by bcci.tv on Wednesday.

The 29-year-old said he is grateful for the opportunity and would love to make the most of it and come out with flying colours. Karnataka players pleased with India opportunity

“I am very grateful for this opportunity and glad that it has come my way. It is something that I was working for and looking forward to for some time. I look at this as a good opportunity for myself and would love to make the most of it and hopefully everything will go as planned and I would come out with flying colours,” he said.

As one of the more experienced members in the squad, the Karnataka batsman said he makes sure that he keeps everyone on their toes and up and about. Ajinkya Rahane’s elevation a warning to Virat Kohli, MS Dhoni?

“Depending on where I will be batting in the line-up, my role is going to change. But behind the wickets definitely it would be to support and make sure that I keep everyone on their toes and up and about. Everyone is more or less the same age and we will definitely be looking to help each other out with our own experiences,” he said.

Speaking on the new ODI rules and the batting powerplay being done away with, he said, “We just go back to how one-day cricket used to be played. The only difference is that any no-ball is a free hit. The bowlers still have a little bit of an advantage. The batsmen might be a little less aggressive now.” Robin Uthappa’s new look ahead of India tour of Zimbabwe 2015 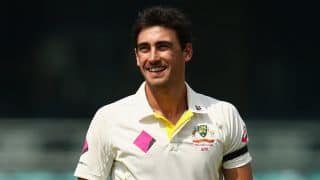