Robin Uthappa's sparkling form with the bat continued as he scored another half-century to set the tone of Pune Warriors India's innings. That coupled with aggressive batting from Angelo Mathews and Mitchell Marsh helped Pune Warriors India post against the Rajasthan Royals in the 50th match of the Indian Premier League 2013. 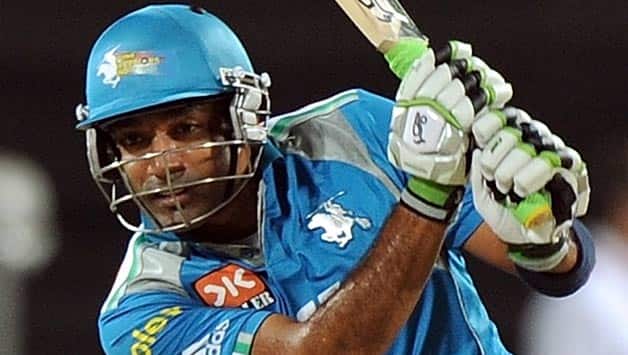 Robin Uthappa‘s sparkling form with the bat continued as he scored another half-century to set the tone of Pune Warriors India’s innings. That coupled with aggressive batting from Angelo Mathews and Mitchell Marsh helped Pune Warriors India post against the Rajasthan Royals in the 50th match of the Indian Premier League 2013.

Rajasthan spinner Ajit Chandila had a poor start when a schoolboy error on the field translated into his bowling. Uthappa took him apart in his second over scoring three glorious boundaries from it. This over set the tone for both Uthappa and Aaron Finch to play some aggressive cricket. The lack of pressure enabled the two to go about their job of dismantling the Rajasthan’s rather erratic bowling seemed easier.

When the Rajasthan Royals went into the first strategic timeout after six overs, they had already conceded 60 runs to the openers. They continued to pile on the runs as Rahul Dravid began to rotate his bowlers in what seemed like one-over spells. Rajasthan’s first chance to breathe easy came when Kevon Cooper dismantled Finch’s off stump. Finch did well for his 32-ball 45. At this stage, Pune Warriors were at 97 for one in the 13th over.

Yuvraj Singh — who was sidelined for the 15-man Indian squad for the ICC Champions Trophy 2013 — showed some form as he played a few exquisite strokes.

Uthappa brought up his half-century in style with a boundary over the bowler Siddharth Trivedi’s head in the 14th over.

For the first time in the game, Rajasthan would have felt like they had some control over the game when Yuvraj holed one out to the deep midwicket fielder in 14th over and Shane Watson put pressure on the new batsman Mitchell Marsh to give away just a single.

Uthappa’s excellent innings saw an unfortunate end when young wicketkeeper Sanju Samson was very quick to pick up and throw the ball at the stumps as the batsmen looked to steal a single after the ball went to the keeper. Uthappa’s knock of 54 was laced with eight boundaries and one six.

Mathews and Marsh displayed an array of some wonderful shots as the duo added 41 runs off just  26 deliveries for the fourth wicket to power Pune Warriors India to 178 for four.