Uthappa will try to prepare for the CLT20 during the KPL.

With just two days to go for the start of Karnataka Premier League (KPL), the costliest player of the tournament Robin Uthappa is undergoing rehab for his knee injury.

Uthappa, who was scheduled to attend the launch event, skipped it as he was to undergo rehab for his injury. Tuskers kickstart their KPL campaign on August 30 against Bijapur Bulls in Mysore.

Bellary Tuskers had bought Uthappa for Rs 5.3 lakh, the highest bid in the KPL players’ auction. The 28-year-old will be hoping to overcome his knee problems in time for KPL, which he would use to prepare himself for next month’s Champions League T20.

The dashing hard-hitting batsman is a vital cog in the wheel for Kolkata Knight Riders, who play their first CLT20 match on September 17. KPL gets underway in Mysore on August 28 and runs till September 12. There are seven teams in the fray. The tournament is being revived after a gap of three years. 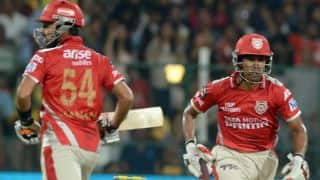