Rohit aims to cement his position in Indian squad

Rohit aims to cement his position in Indian squad

The middle-order mainstay of a second-string Indian cricket team, Rohit Sharma says he has a career to make and a reputation to defend in the ongoing ODI series against the West Indies. 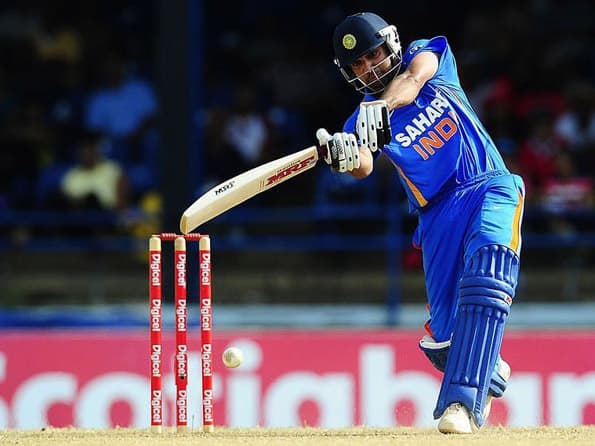 The middle-order mainstay of a second-string Indian cricket team, Rohit Sharma says he has a career to make and a reputation to defend in the ongoing ODI series against the West Indies.

“I have always said missing out on the World Cup was a personal disappointment. But I have to move on and establish myself in the present series, as well as to ensure that India’s World Cup reputation is kept intact,” Rohit, who starred with a 75-ball 68 in India’s four-wicket win over the West Indies in the first ODI on Monday, said.

The 24-year-old has seen many ups and downs in a one-day career spanning 61 matches and spread over four years but he is striving to be more consistent now.

“When you play for India it is a given that fans and media would talk about your performance. I have no problem with it. But yes I have worked extremely hard over my fitness in the last three months and I want this tour to count for me,” stated Rohit.

“I now understand my game very well. I know how to plan my innings.”

While IPL has its share of staunch critics, Rohit terms it as a tremendous boon for him and says his conditioning in India’s glamorous domestic event is the reason he did so well at Queen’s Park Oval.

“It was very hot and very tiring in the middle. But I am thankful for my conditioning during the IPL where conditions were more or less similar,” he said.

Rohit termed the Queen’s Park pitch as extremely sluggish where the ball wasn’t coming on to the bat. The right-hander said being patient helped him master the conditions.

“It doesn’t matter how talented you are. What matters is runs. It is a critical phase of my career and I am looking for runs and consistency,” he added.

While there is a perception that India has a very average opening pair earmarked for the present tour, Rohit backed Shikhar Dhawan and Parthiv Patel.

“The two have tremendous domestic record. Parthiv had two half centuries in his latest ODIs. They must have done something right for the selectors to pick them up,” he said.

No 1 rankings in Tests: South Africa and England in hot pursuit of toppers India