Currently, India are 273 for the loss of five wickets in 46 overs with skipper, MS Dhoni on three.

Indian opener, Rohit Sharma was dismissed for a brilliant knock of 137 by fast-bowler, Taskin Ahmed after being bowled by him, against minnows, Bangladesh, in the 2nd quarter-final of the ICC Cricket World Cup 2015 at the Melbourne Cricket Ground (MCG) in Melbourne on Thursday. Currently, India are 273 for the loss of five wickets in 46 overs with skipper, MS Dhoni on three and Ravindra Jadeja coming in. Live Cricket Updates and Commentary: India vs Bangladesh, ICC Cricket World Cup 2015 Quarter-final 2 at Melbourne 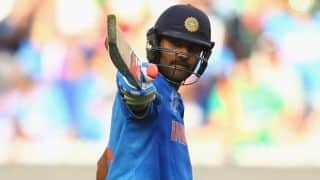 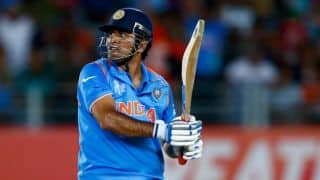