New Delhi: Former Pakistan fast bowler Mohammad Amir said that he found it easier to bowl to India opening batsman Rohit Sharma than India captain Virat Kohli and always felt that he is in with a chance to get the better of Rohit, especially with the new ball. Amir has the rare ability to bring the ball back into the right-hander as well as swing it away which keeps the batsman guessing on most occasions. With the natural angle going away for the left-armer, the ball that comes in becomes that more effective to the right-hander.

While weighing in on the debate on who is more difficult to bowl to between Rohit and India captain Virat Kohli, Amir said in an interview with Cricwick, ” I haven’t found it tough bowling to either. In fact, I find it easy to bowl to him (Rohit). I feel that I can get him out both ways. He struggles against the in-swinger from a left-armer and as well as against the ball that goes away early on. I may say that I find bowling to Virat slightly tougher because he revels in pressure situations, but otherwise, I’ve never found it difficult bowling to either of the two.”

Amir was instrumental in Pakistan winning the Champions Trophy in 2017. Riding on Fakhar Zaman’s incredible hundred, Pakistan were able to put on a huge total on board but given India’s batting strength it was not an impossible target to chase down. But Amir had other ideas as he got rid of Rohit and Kohli in quick succession that broke the back of Indian batting. From there on, India never really got back in the match and eventually went on to lose the match by 180 runs. 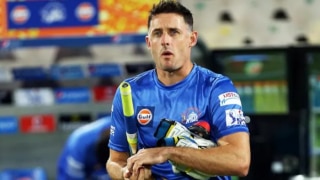