I think the way we batted in the first few overs was good. We were positive throughout. Good to see the batsmen applying themselves and doing well, Rohit said at the post match presentation ceremony. Mumbai Indian beat RCB by 18 runs to clinch their first victory of IPL 2015. UPDATES: Royal Challengers Bangalore vs Mumbai Indians

Mumbai Indians lost all their first four matches played before winning against RCB on Sunday. Losing four out of four was tough to digest. The most important thing about this team is, we never thought we lost four, he said. LOOK UP: Harbhajan gets 100 IPL wickets in 100 games

When asked what he thought about the Pollard-Gayle mockery, Rohit said, Both Caribbean (West Indies) players (Chris Gayle and Kieron Pollard) know each other really well, it was just some fun. Mumbai bowlers put up a decent show compared to the other games. The skipper lauded the bowlers.

Lasith Malinga bowled pretty well, he wanted to prove a point against this strong line-up. Not only Malinga, even Bhajji (Harbhajan Singh) and Mitchell McClenaghan bowled well, Rohit said. 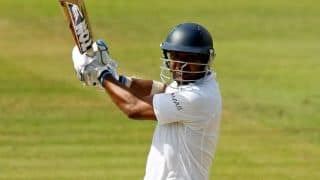