India outdid their opposition in every department and will do their confidence a good deal of good.

India have gained another success in their warm up games in lead up to the Australia series. After beating Western Australia XI comprehensively in the T20 fixture only yesterday, they displayed a similarly strong performance against the same side in the longer 50-over game. India’s win once again was a largely collective effort and this fact will give them a great deal of confidence as they get ready to take on the Aussies. It was a difficult surface to bat on and India managed just 249 runs on the board in 49.1 overs against much-improved bowling. Live Cricket Score, Indians vs Western Australia XI, warm-up one-dayer at Perth

The bowlers had a seemingly stiff challenge at hand but they made light work of it. The spin bowlers performed better than the seam bowlers. Ravichandran Ashwin, Ravindra Jadeja and Akshar Patel employed clever variations on a surface that did not offer them a whole lot of turn. The young WA XI batsmen failed to read them properly.

In the seam department. Umesh Yadav and Rishi Dhawan tasted success. Yadav made the first breakthrough in the innings with the wicket of opener William Bosisto for a pitiful 34-ball 13. The next wicket to fall was that of D’Arcy Short who was clean bowled by Ravi Ashwin for 10. The WA middle order looked hapless against the spinners.

Wickets fell continued to fall at quick intervals which meant the WA XI innings never achieved any momentum, though they were a couple of encouraging performances for them. Jake Carder scored 45 while Jaron Morgan scored an impressive 50 lower down the order. India will be very happy with how the match has gone for them, though they would have wanted a little more maturity in the batting department. 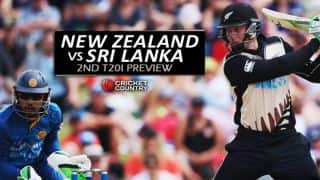