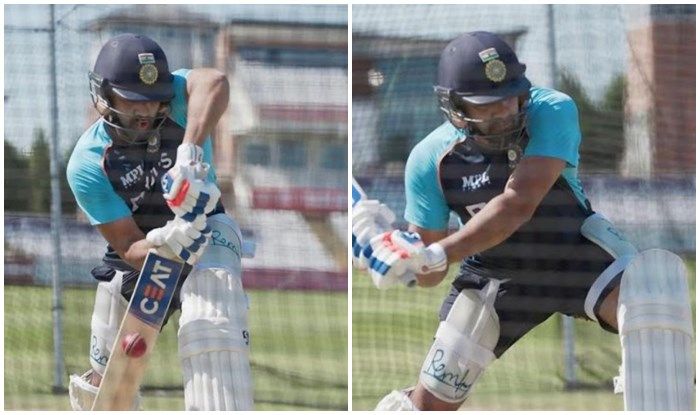 Durham: Virat Kohli & Co are in Durham where the team is preparing for the upcoming three-day warm-up game with Select County XI. During training on Saturday, the Indian players did their laps and some fielding drills before hitting the nets. India opener Rohit Sharma looked in good touch as he seemed to be timing the ball well. The Indian opener was so delighted that he took to Instagram to share the feeling with his fans.

Surprisingly, he turned commentator while describing one of his shots in Hindi. He wrote: ” ! (Bat in hand and the ball getting struck from the middle of the bat…This is a different feeling altogether)

Rohit in good form augurs well for the side in the UK conditions. He would have the responsibility to see off the new ball in the overcast bowling-friendly conditions in England and hence the three-day practise game would be important for him to get accustomed to the conditions.

India was found wanting in the inaugural WTC final against New Zealand, who beat the Kohli-led side by eight wickets.

Earlier, Rohit had shared another post on Friday, which read: ” , !” (Okay guys, holidays over, now back to business).

Looks like the Mumbai-born cricketer is in good headspace ahead of the five-match Test series against Engand. 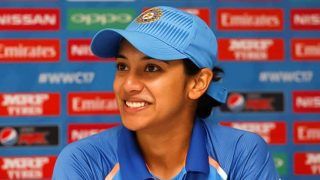 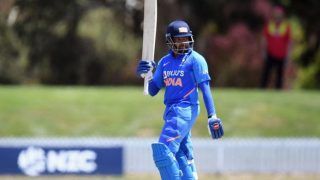 Prithvi Shaw is a Better ODI, T20I Batsman Than a Test Player: Muttiah Muralitharan Ahead of SL-IND Series