Rohit Sharma will be tested in the English conditions.

India’s batting coach Vikram Rathour feels Rohit Sharma’s best in Test cricket is yet to come. Rohit has grabbed his opportunity as a Test opener in the home conditions but he is yet to deliver the goods in the overseas conditions. The flamboyant batsman has all the experience under his belt and there will be a lot of expectations from him in the World Test Championship final against New Zealand.

In fact, Rohit had scored 648 runs in the 2019 World Cup, which was played in England. However, Rohit’s skills as a Test opener will be tested in the challenging English conditions. The right-hander can be a bit tentative in the initial phase of his innings but he can get a big score if he gets settled.

“Rohit Sharma is a man finally in control of himself, his thoughts, what he wants to achieve and where he wants to head from here. Rohit always had the game and the talent to be successful even in Test cricket. What has happened lately though is he has sorted out his game-plan in this format. Look at the way he began approaching his Red ball cricket, since he has turned an opener, from 2020 onwards,” Rathour told TOI.

It has been noticed that Rohit Sharma generally takes his time in the initial phase of his innings, which helps him in getting used to the conditions and play a big knock.

“He always had a terrific game plan and method that made him such a prolific run-getter in shorter formats. But he may not have been so certain about how he intended to approach the red-ball format. But you see Rohit in Test whites today and you know this man has a very sorted game-plan. He consciously began working on it. Now he is much more relaxed and disciplined at the start of his innings in Test cricket, he likes to take his time to settle down and once he has, we know what he’s capable of.”

“If you look at his First-Class records, he’s always been the one to get those big hundreds. Even in ODIs and T20 cricket, it’s never been a case of 105, 110, 115. Once he gets there, he keeps going. In the past few months, he’s shown what he’s capable of in Test cricket too. He’s someone who’s now beginning to come across as a cricketer constantly in a state of transformation, capable of tearing apart any attack anywhere in the world.”

“In Test cricket, he’s just starting. If he keeps going like this, we’ll be seeing a different Rohit in Test cricket. His best is still to come.” 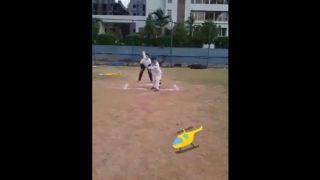 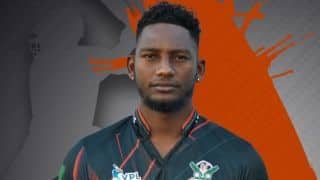