While he was passing tips to Yashaswi after the match, Rohit signed Sakariya's match jersey and his cap. The extremely popular Rohit Sharma won hearts with his gesture towards Rajasthan Royals youngsters after Mumbai won the match by seven wickets on Thursday. The Mumbai Indians skipper gave Yashaswi Jaiswal and Chetan Sakariya fanboy moments they will cherish for the rest of their lives. While he was passing tips to Yashaswi after the match, Rohit signed Sakariya’s match jersey and his cap.

This is not the first time Rohit has shown this kind of warmness towards youngsters this IPL. He also signed Delhi Capitals pacer Avesh Khan’s jersey on request.

The MI skipper continues to inspire and win hearts.

Here is the post shared by Rajasthan Royals after the loss against the reigning champions:

Meanwhile, Rohit turned 34 on Friday and has been receiving good wishes from all his fans. Pictures of him celebrating his birthday have also gone viral after the Mumbai win.

The MI skipper has got a couple of starts this season but has not made the most of it with a significant score. He will look to change that in the upcoming games. In six matches thus far, he has amassed 215 runs.

With the win over the Royals, the reigning champions have held on to its fourth position in the points table and the side now has six points from six games. On the other hand, the Royals remain at the seventh spot with just four points.

Mumbai Indians will next take on table-toppers Chennai Super Kings (CSK) on Saturday at the Arun Jaitley Stadium. It will be the much-anticipated clash as the two most successful IPL teams would lock horns. 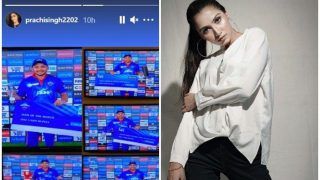 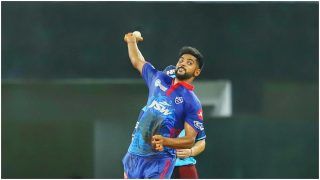